Another playoff contender fails to finish at New Hampshire 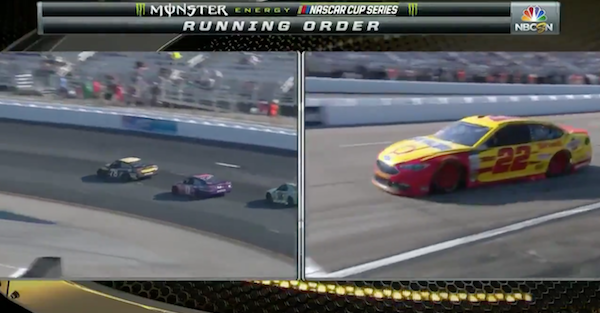 Joey Logano entered Sunday’s race at New Hampshire Motor Speedway one spot out of the postseason standings, but he did not get the result he was looking for on Sunday afternoon.

Problems For @JoeyLogano as he heads to the garage. Major playoff implications! #NASCARonNBCSN

Related: This driver is confident about the playoffs despite not having a win

According to NBC Sports, the issue was track-bar related, and NASCAR announced a rear suspension part was taken from the car during its stop on pit road.

Per #nascar, it was a "rear suspension part" that was taken from @joeylogano's car before it returned to the track after its tire problem.

The car was taken to the garage, and Logano’s day came to an end.

Logano on jack stands in the garage. Many crew members underneath, focused on left rear pic.twitter.com/VbSCld0hJE

Erik Jones was behind Logano in the standings entering the race, and he also failed to finish. Both will still be on the outside looking in going into next Sunday’s race for the Brickyard 400 at Indianapolis Motor Speedway.