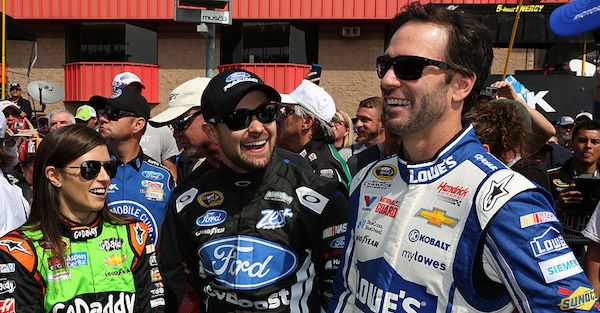 Dale Earnhardt Jr. is set to retire after the 2017 season, and he could be joined by another well known driver.

According to Adam Stern of Sports Business Daily, the 2017 season could be Danica Patrick’s last in racing.

Patrick is under contract with Stewart-Haas Racing through the end of the 2018 season, but lack of sponsorship could result in Patrick’s career coming to an end sooner than she expected.

Nature’s Bakery signed Patrick to a three-year, $45 million deal prior to the 2016 season, but they backed out of the deal after one year.

Stern wrote that Stewart-Haas Racing is reviewing their options with Patrick.

“Stewart-Haas Racing and Danica Patrick are reviewing their options about whether she will continue on as a driver for the team after this year, according to sources,” Stern said. “Patrick is signed with SHR through 2018, but there are clauses in her contract that could see the relationship end after this year, and the sides are discussing their choices, sources said.”

Patrick, 35, is currently ranked No. 30 in the Monster Energy NASCAR Cup Series standings. She picked up her first top-10 finish of the season last Sunday at Dover, but she is very unlikely to make the playoffs unless she wins a race over the last half of the season.