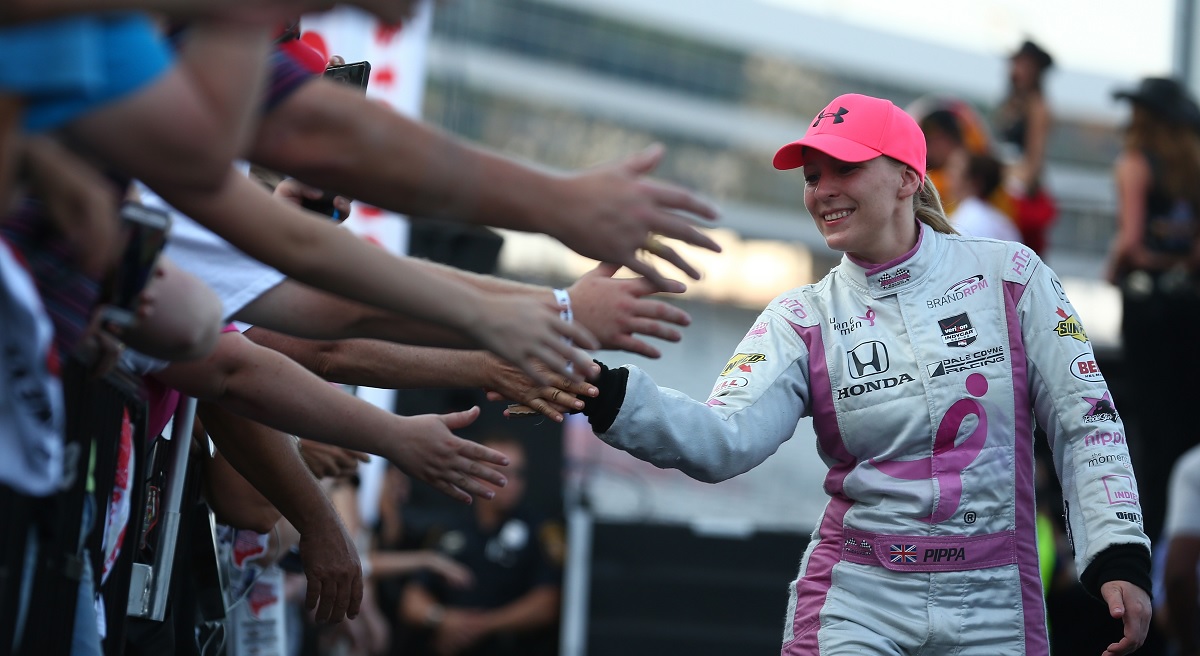 It?s been 44 years since Billie Jean King took on Bobby Riggs in defense of women being just as good as men in sports. The hype surrounding the ?Battle of the Sexes? stirred debate and confronted long-held stereotypes. It was a tennis match, yet it was so much more.

Fast forward 44 years to IndyCar driver Pippa Mann?s clear indignation of FIA?s recent decision to name Formula 1?s Carmen Jorda to its Women in Sports Commission. Mann feels women have as much right to play in the big leagues against top competition, male or female. Jorda has long believed there needs to be a separate division of Formula 1 just for female drivers because women can?t compete on a level ?playing field? with their male counterparts.

“It is not fair that women have to participate in the same championship as men, so women can never become world champions,? Jorda first said in a 2015 interview. ?I think we deserve a chance to achieve that, and in almost all sports you have separate competitions for women and men.?

Which is true. In just about every sport you can think of, there are separate classes. Is that fair or is that just a reinforcement of a stereotype? In sports where physical ability is the primary component, it would be disingenuous to say on average women are just as good as men. Could some be? Definitely. But it depends on the circumstances.

Women, by and large, aren?t trying for spots on an NFL roster or on an NBA team. The physical matchups aren?t realistic. This is why you see women?s professional basketball teams and some football teams. Women in those leagues have an opportunity to compete at a higher level where the physical matchups are more even. In racing, though, the machine is the great equalizer of physical ability. It?s the skill and mental toughness you display in handling your car in relation to others around you that helps determine your success, not how big or strong you are. The Formula 1 discussion then becomes more about opportunity rather than ability. And in this sense, I think Jorda and Pippa are actually more alike than what we?re hearing, they just have differing ideas on how to achieve the goal.

Jorda wants a separate division so that more women will have the opportunity to race professionally and a chance to win titles. Why? Because she feels the barriers to driving in Formula 1 are born out of a patriarchal industry that knows no different and is comfortable with the ways things have been done. You know what they say about female drivers, right? Mann would like more opportunities for women as well, no doubt, but feels doing their talking on the track against male drivers speaks volumes as to their abilities. You want to be the best? You must prove it against THE best, not the best in your category. Both in a sense are right, but Jorda wants a faster route to validation, Mann seemingly doesn?t mind the longer route because it leaves no doubt women belong.

Here?s what I know. Racing organizations are struggling for fan interest, struggling to capture sponsorships, struggling financially overall. You don?t see many new teams starting up in NASCAR or Formula 1, rather the opposite. So to suggest this is the time to create another division of racing to further fragment your audience seems to me a clear disregard for the economic realities facing sports. You?re not going to pull in new money that no one else could find, it?ll just shift from where it currently resides until the next new shiny toy comes along.

Billie Jean King didn?t take on Bobby Riggs 44 years ago because she was fighting to have a place on the men?s tennis tour, nor was she fighting to start a women?s tour (the WTA actually started that same year). No, King says the match was about respect, plain and simple.

What do you think?