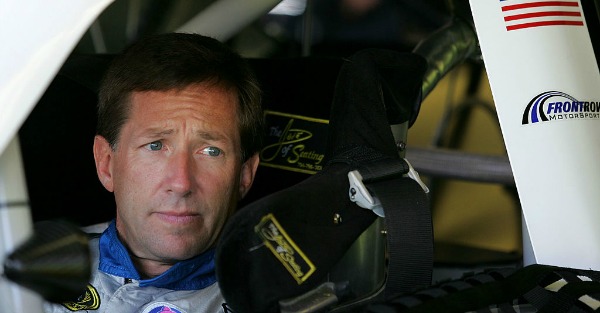 The Andretti family name is synonymous with speed. The family has spawned a handful of successful drivers from the Indy 500 winning patriarch Mario, to the third generation Indy racing Marco. John Andretti, Mario’s Nephew, has raced and won in CART, IMSA GTP, the Rolex Sports Car Series and NASCAR.

John, however, is in a much more difficult battle now than he ever faced on the track. Rare Country details how John was diagnosed in January with Stage 3 colorectal cancer. Now advanced to stage 4, the cancer requires a strict treatment schedule, one that doesn’t allow for much else other than chemotherapy and surgeries.

The 53 year old ex racer was, however, able to secure a break in treatment for a major milestone in this father of three’s life. Walking his daughter down the aisle.

Today is a very special day as my daughter, @oandretti and @BoHines tie the knot. #prouddad

He has spent the rest of his time raising awareness and promoting regular colonoscopies since early detection is the best weapon in this fight.

How cool is it that @michaelandretti is running this paint scheme on #Indy500 champion @TakumaSatoRacer car this weekend? #checkit4Andretti pic.twitter.com/0hUpxP0AdV

Other drivers have been inspired and joined in to raise awareness for colon cancer screenings.

Just got my colonoscopy done. Quick and easy! Be smart and get it done. Wishing #JohnAndretti an speedy and full recovery #checkit4Andretti pic.twitter.com/CkoeTdAyRQ

Next up in John’s battle is a surgery to remove cancer from his liver.

This will be my second surgery. First was colon resection. Now is to remove cancer from my liver and address any other cancer. https://t.co/Nohnn31k2G

We wish him a successful surgery and a smooth recovery.