After his win Sunday, Rich Hendrick will never get this driver’s name wrong again 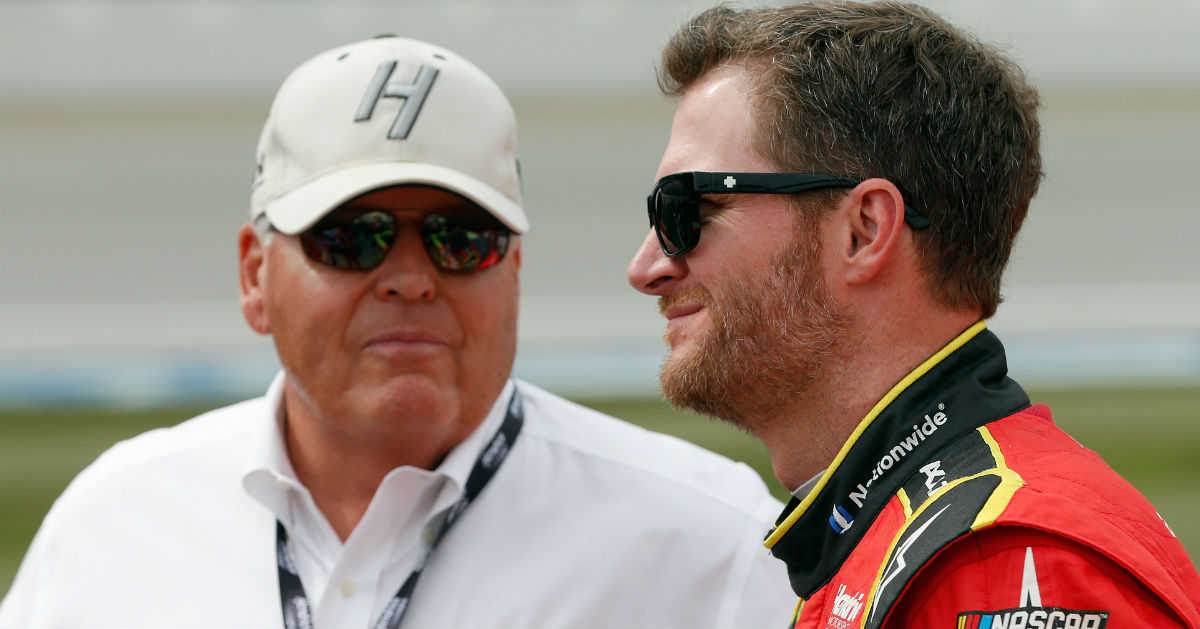 But after Alex Bowman won the pole for the Daytona 500 in qualifying, it’s safe to say Rick Hendrick won’t get it wrong again

ESPN’s Bob Pockrass relayed this funny story from Daytona. Rick Hendrick just said that when Dale Jr. suggested Alex Bowman would be his substitute in 2016, he called him Alex Baldwin for a few days.

Rick Hendrick just said that when DaleJr suggested Alex Bowman would be his substitute in 2016, he called him Alex Baldwin for a few days.

Alex Baldwin is the movie star who has made a second career out of playing President Donald Trump on Saturday Night Live. Couldn’t be further away from Alex Bowman.