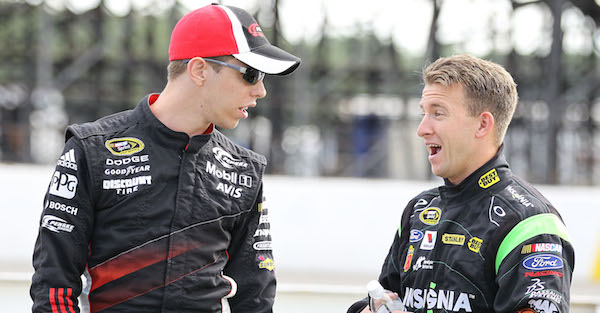 AJ Allmendinger will start his 2018 season a little early.

Allmendinger announced he will race at the Rolex 24 at Daytona International Speedway on Jan. 27-28, and he will race with Michael Shank Racing.

Pumped to be back with my brother from another mother @MichaelShankRac… I have missed me some Shank! Ready to get in that Acura NSX GT3 in the #Rolex24hour

This will be the fourth time in the last five years that Allmendinger will participate in the Rolex 24, and he said in a statement that he’s happy to be back.

“I am pumped to be back racing for Shank in the 24!” Allmendinger said via NASCAR.com. “I missed the race last year and I hated to, so I?m really glad to be back. His whole team did an awesome job with the Acura last year and it is awesome to be back with him for the Rolex.

“After racing for the overall win so many years in Prototypes, it will be a completely different experience to be racing in the GTD class, but I?m looking forward to it. Mike (Shank) always puts an awesome team together and this year is no different so I am counting down to get my first shot in this car.”

Allmendinger will drive the No. 93 Acura NXS GT3, and his teammates will be Justin Marks, Mario Farnbacher and Lawson Aschenbach.

Allmendinger will return to Daytona a few weeks later for the start of the Monster Energy NASCAR Cup Series.