After a year off, a champion driver decides to return to NASCAR 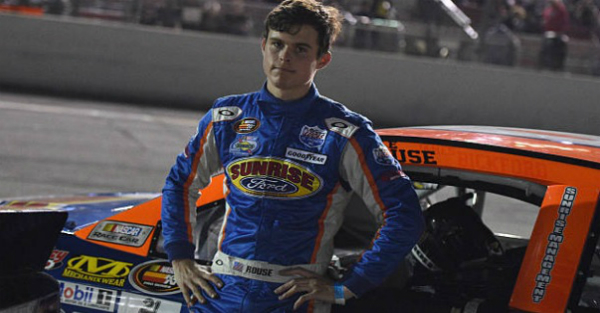 A one year hiatus will come to an end as one NASCAR driver has decided to return to the sport.

Cole Rouse took a break from the K&N Pro Series West during the 2017 season, but plans to return for the upcoming season. The 20-year-old Arkansas native made his K&N debut in 2016, finishing in eighth place in the standings, according to motorsport.com.

Last season he raced for Kyle Busch Motorsports, winning a championship in the CARS Super Late Model Tour. He’ll be driving the No. 99 Toyota for Bill McAnally Racing when he returns to the K&N Pro Series for 2018. In addition to racing the entire West Series, he’ll also race some of the East Series races.

RELATED: NASCAR adds a race it hopes will bring added excitement to the track

Rouse said he’s excited for the upcoming season with his new team, which was the most dominant in the West Series over the past few seasons.

“I?m excited to be with BMR next year in the NAPA Filters Toyota,” Rouse said. “BMR was the most dominant team in the West this past year and I think we will be in the coming year, too.”

“My goal for the year is to win the championship in the West,” Rouse added. “I think we have a really good shot at it.”

BMR won its third straight title last season, with Todd Gilliland at the wheel for the past two, bringing the teams total to eight. The eight titles are not only a record for the series, but also for the NASCAR Regional Touring level.

The president of the BMR team, Bill McAnally, is excited to have Rouse on-board and is looking forward to the upcoming season.

“It?s great to have Cole join the BMR team,” McAnally said. “We look forward to chasing a championship together.”

Rouse began his racing career in 2013 at the age of 14, but garnered attention after leading a race-high 145 laps of the All-American 400 at Fairgrounds Speedway in Nashville, before mechanical problems led to a fifth place finish in 2015.