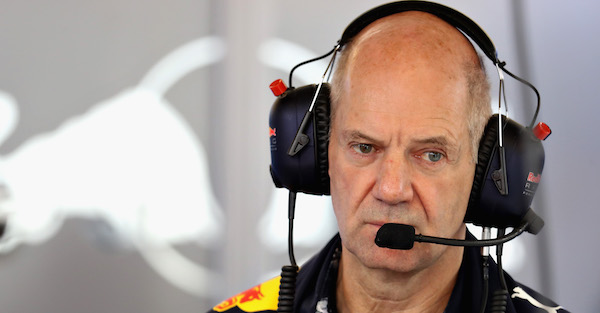 Ayrton Senna is considered to be one of the greatest drivers in Formula One history, and he captured three Formula One championships from 1988 to 1991.

But Senna tragically died in a car accident while he was leading the San Marino Grand Prix in 1994 in his first season for Williams. Adrian Newey was the engineer that helped designed Senna’s car for that season and that race, and Newey told BBC Sport he still feels responsible for Senna dying in the crash 23 years later.

“It has been very difficult,” Newey said. “I mean, 23 years ago now. It still seems kind of immediate and raw when I talk about it, I must admit. It’s silly because up until that day, I never thought about the fact that somebody could seriously injured or die in a car that I had been responsible for from a design point of view.

“It was a very sobering experience. I think the biggest thing was the sense of loss. … We lost a great man.”

Newey said if Senna was still alive today that he’d be the “president of Brazil” because he had this aura about him.

He also said there were new regulations put into place in 1994 that affected the car’s aerodynamics, and Newey said the car was unstable as far as the aerodynamically.

“In that sense, I do feel responsible,” Newey said.

Senna won three championships in such a short amount of time, and there’s no telling how many titles he would have won had his career been longer.

He’ll be remembered as one of the best drivers in the history of the sport and one of the most legendary figures in racing history.