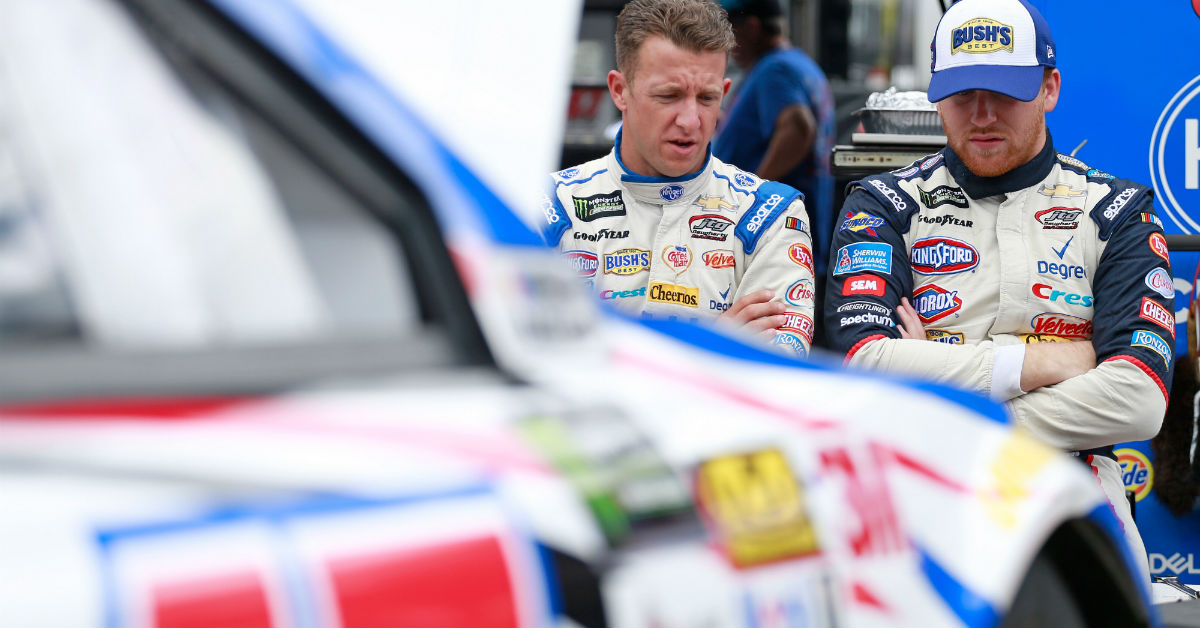 Cause and effect or just coincidence?

JTG Daugherty Racing took time out on Tuesday to Tweet their congrats to a grocery chain for growing revenue. This wasn?t just any grocery chain. This was Kroger, the largest grocery chain in the U.S. who also happens to be a big sponsor of JTG.

We didn't need another reason, but we're incredibly proud of our partnership with @kroger #ClickList! https://t.co/DBJcPKs0ym

Kroger announced that 3rd quarter revenue for its digital product ClickList grew by 109 percent, a pretty hefty jump.  Adam Stern of the Sports Business Journal pointed out that ClickList marketed heavily in NASCAR in 2017. Kroger also announced the opening of its 1,000th ClickList location. And Stern says Kroger is signing new marketing deals with International Speedway Corp and Daytona International despite not having any stores in Florida.

This is good news for AJ Allmendinger and Chris Buescher.