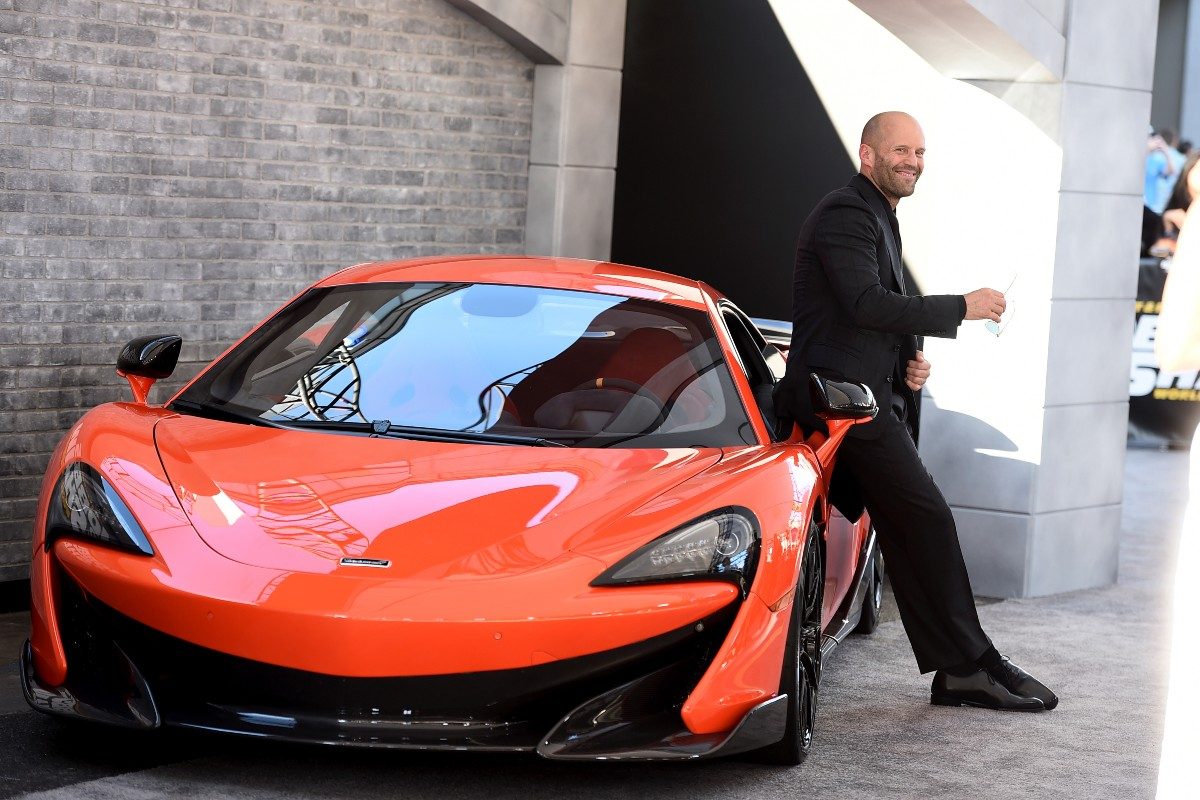 With as many action stars as we have, there’s certainly no shortage of explosive and totally kickass action movies available for our entertainment. There’s one guy, however, who always seems to star in the MOST kickass action movie. This Hollywood actor and film producer is none other than Jason Statham.

Recently, he’s become most well-known for his Deckard Shaw role in the Fast and Furious franchise, as well as the spinoff movie Hobbs & Shaw that features Dwayne Johnson.

Statham has been a star in countless successful films, and not only does he bring the action, but he also brings some of the coolest cars to the movies. Below, we’re going to be looking at some of the cars that Jason Statham actually drives in real life.

Before we jump into his personal collection, we should go over the ones he owns that were also used in his movies! He still has the crazy-looking Ford Mustang GT from Death Race, the Mini Cooper from The Italian Job, the Aston Martin DB9 from Furious 7, as well as the BMW, Mercedes, Lamborghini, and Audi cars from the Transporter series. It’s got to bring back some great memories for him as he sits and stares at these iconic vehicles. But, that’s enough of his movie cars. Let’s jump into some of the ones out of his personal car collection.

Of course, I had to talk about this one first because it’s actually one of my dream cars. This sleek-looking supercar is somewhat rare today, as Lamborghini only made 4,000 of them total. It’s a great reminder to everyone that this man really does enjoy a fast vehicle in his spare time. It’s not just a show for the movies. With a massive 6.5-liter V12, this beautiful car is not lacking any power. The Murciélago has a gorgeous looking body, and gets the title of one of the fastest cars that Statham owns.

Now, this sports car is one of the more common ones for Statham to be seen in, so it’s likely one of his favorites. I can’t really blame him. This car is known to be easy to fall in love with. It’s a true driver’s car, but really shines when it hits the track. That’s what is great about it, though. It can dominate on the track, but also take you to run your errands around the city. Powered by a 3.6-liter turbo motor, it surely has an incredible top speed. Statham’s coupe has the white-and-black color scheme, which will always look fantastic. This definitely seems to be one that suits him pretty well.

Here’s the deal. When you want a luxury car, but still want to go fast, you get an S8. This car is decked out with all kinds of bells and whistles to keep you comfortable inside the car while you’re cruising down the road. Additionally, it comes fully equipped with a 4.0-liter V8 engine that makes just south of 600 horsepower. Statham definitely loves the Audi brand, because not only does he own a bunch of them, but he also is seen in the movies quite often with them. Audi has been a solid brand for a long time, and they make some beautiful machines. Everyone needs a luxurious four-door in their life.

When it comes to supercars, Jason’s got quite a few of them. However, this F12 Berlinetta does make a great addition to his collection. This exotic car is unquestionably fast with its V12 engine, producing 731 horsepower and 508 ft-lbs of torque. That gray paint does a perfect job of showing off the curves of this ride. Great choice in color, Mr. Statham. When you pull up to any event in something like this, it’s sure to make a bold statement. It just looks like something that a legendary action movie actor would drive.

While the S8 does a great job at being a practical (yet luxurious) car for Statham, I’m not surprised he opted to own an R8 as well. And, you know what else? He actually owns two of these cars. One was a gift from Audi, since they were pleased with the Transporter series. This car had a few different engines that were available, but he has the one with the V8 as opposed to the V10. Being that he’s such a fan of Audi, why would he not have one of their top-of-the-line cars? It just wouldn’t make sense.

We only touched on a few of the cars Jason Statham owns, but make no mistake, this guy has a great taste in his vehicles. He clearly loves the supercars, and with as successful of a career as he’s had, I think he earned each and every car that he owns.