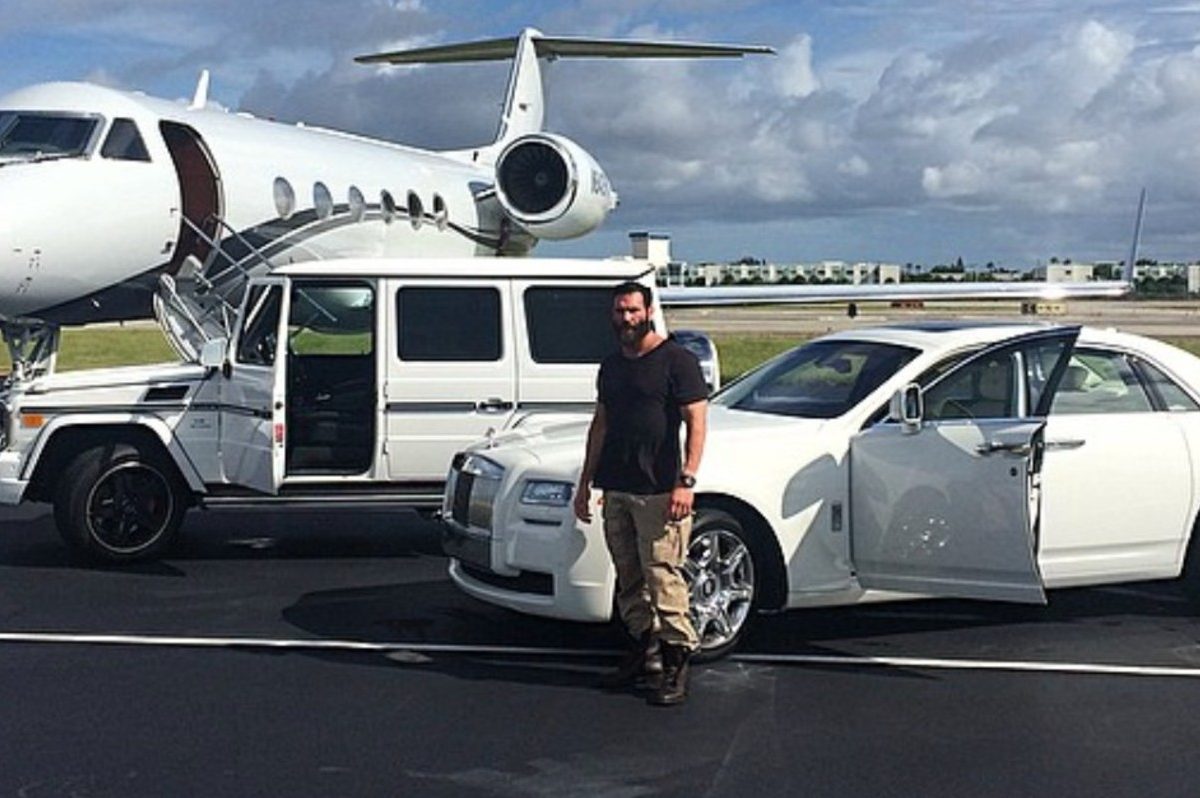 Dan Bilzerian is someone who knows how to enjoy the finer things in life. The actor, gambler, and internet personality is well known for his lavish lifestyle. He is often referred to as “the King of Instagram,” and he basically lives the kind of life that a majority of guys only dream about. I mean, this guy gets the beautiful women, the luxury cars, massive houses, and appears on social media as if he has an endless supply of money to spend. Did I mention the private jet? Yeah, he’s got a gulfstream G-IV as well.

Bilzerian made a good portion of his money as a professional poker player, and he is no stranger to flaunting his luxurious lifestyle to the world. Seeing as he likes to buy some pretty sweet cars along the way, it should be cool to explore some of the rides that Dan has in his personal car collection. Get ready, because this collection is going to get really expensive, really fast.

Now, this is an extremely rare and iconic car, and it’s one of Dan’s prize possessions. Classic car collectors dream of having this car and putting it on a display to preserve the history. Well, Dan has a different perspective on things. On numerous occasions, Dan’s driven this bad boy around on the race track.

Funny story, he actually set up a drag race between this car and a Ferrari 458. He was so confident he would win, he bet $400,000 on the race. Let’s just say he walked away with a little more money than he came with. What’s the price tag to own one of these classic Cobras? Just shy of $2 million.

Speaking of rare cars, here’s another uncommon one from Bilzerian’s collection. This luxurious pickup truck was only produced by Mercedes from 2013 to 2015, and they only made around 100 of them. With a 5.5-liter twin-turbo V8, it produces around 536 horsepower. If you’re looking to go off-roading, this is probably the most comfortable way to do so. The 6×6 costs right at around $1.5 million.

Of course, every wealthy individual needs a Lamborghini in their life, right? This supercar is sleek, tested, and the perfect automobile to cruise around the city with a beautiful lady in the passenger seat. It seems as if that’s a perfect fit for the celebrity. One problem, though. You can only fit one other person in the car, and Dan tends to keep himself surrounded with a bit more company that that. Although, it’s not the most expensive car in his fleet, this sports car comes in at right around $400,000.

With all the new cars that Bilzerian has, it’s nice to see him also enjoy some older model vehicles. He clearly enjoys having a selection of off-road toys, because he has quite a few of them. This super-clean Land Cruiser is capable of tacking all the trails you can handle, and it’s 50 years old! It’s cool to know that, even though he can afford more expensive toys, he still spends some time getting down and dirty in a ’70s ride.

When you have Rolls Royce money, it’s kind of a necessity to add one to your collection. Anyone who gets out of a Rolls is going to draw some attention, which is exactly what this man loves to do. It’s a luxurious car that only a small percentage of people will ever get the pleasure of riding in. To buy one of these, it’ll cost you north of $300,000.

Dan Bilzerian also has no shortage of off-road capable vehicles in his garage. Just because I feel the need to bring these up as well, here’s a list of just a few he owns.

Yeah, Dan is sure living the life. I don’t think anyone can contest that. Can you believe that this is only part of his collection? He’s had lots of success in life and chooses to enjoy his money, which I can’t blame him for. I do like his style with the off-road choices. I also like that even though certain cars are rare, he still makes it a point to drive them regularly. We need more people willing to take that risk so we can see these cars in action! I’m jealous of the lifestyle he gets to live, but I’m happy he shares it with the world so we can all get a glimpse of the good life.