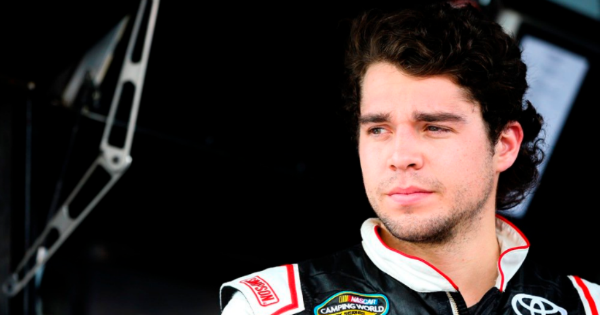 Consistently running in the top 5 is tough for anyone. That’s a lofty goal.

But that’s not scaring JJL Motorsports, the family-owned racing team that will compete in the truck series with Jesse Little behind the wheel of the No. 97 Ford.

“These are exciting times for us,” Jason Little, the team owner, said. “We’re looking forward to the 2018 season, and expanding our program. We?re looking to grow the program significantly in 2018 and 2019.”

“This year our goal is to be in the top 5,” Jason Little said. “We want to run up front.” Speaking of his driver — Jesse Little, who happens to be his nephew — he said, “He has a lot of experience in a lot of different racks, and we?re looking at having a real competitive year.”

The legacy now goes to Jesse, a 20-year-old studying International Business and French at UNC Charlotte.

“I think it?s important for people to know I?m competitive, and there’s not a single time I?m not thinking about how I can be better than someone else, so I?m constantly thinking of ways to better myself.”

To help, JJL has purchased equipment from BKR Racing, which closed shop after last season. Those trucks, with solid bodies that have been tested in ways a smaller team may not be able to afford, is a big first step to have first-class equipment on the track.

As of now, JJL is planning on eight races this season with Jesse in the driver’s seat, but it’s also looking for other drivers, with sponsorship of course. Racing part-time has its draw backs; “Competition wise, if you’re racing fuill-time every week, you?re able to learn more, gather more information, and the driver gets more experience,” Jason Little said.

But for now, think of JJL has the little team that could. NASCAR needs more small, family-owned teams that show they can compete — and win. It makes the sport stronger and widens its appeal because the underdog story is still a powerful one.

Jesse’s goal, is, “certainly, driving as long as I  can. Driving competitively, I should say. If I don?t feel like I have a chance to run upfront and have a chance to win I don? want to do it. Hopefully, I see myself fighting to win, hopefully on Sunday.”

In the Cup Series.