Danica Patrick will get her Daytona ride, but it may not be what she wants 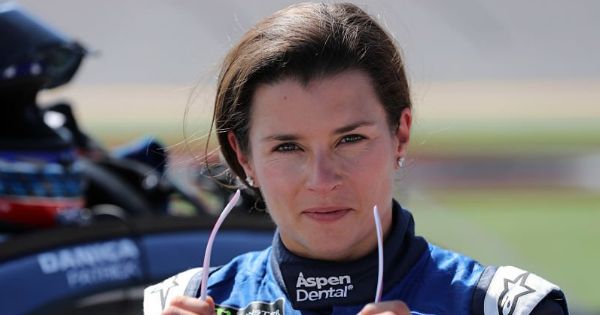 Danica Patrick deserves to go out on her terms. Period. She’s done so much for NASCAR off the track that it’s hard  — and unfair — to equate her successful with on-track results.

So it’s great news that GoDaddy has decided to partner with Patrick and sponsor her for the Daytona 500 and the Indianapolis 500. She’ll get a ride in both — but the question now is, what kind of ride?

On the Indy side, that seems far more promising. Ed Carpenter Racing is one team that has interest in Patrick for Indianapolis 500, and his team has started at the front three of the last five years.

On the NASCAR side, there are, apparently, no more top tier rides. The last one would have been the No. 27 from Richard Childress Racing, which is still open and has a charter. But there are conflicting reports as to whether that’s really an option. Richard Childress told Motorsport.com that he’s not sure if Patrick is a fit for the car, while Racer.com reported, unequivocally, that she won’t ride for the team at Daytona.

Here’s hoping there’s some wiggle room there and Childress decides to let her race the No. 27. Otherwise, with less than a month before the race, Patrick will have to find a ride with an under-funded team that still has seats available, or join a team for a one-off race.

That runs contrary to her stated goal — run with a team that has a chance to finish at the front of the pack.

Lost in all of that — if the team doesn’t have a charter, she’ll have to qualify. While I would bet that she would, there’s too much uncertainly and you never know what happens on the track. You don’t want her failing to qualify, because that’s a story that would hang over the Great American Race that has too many other interesting story lines. (Will Truex Jr. start strong in defending his title? Will Kyle Larson continue his off-season success on the NASCAR track? Will Chase Elliott finally break through?)

I’ve said for months that having Patrick at Daytona is all good for NASCAR. TV ratings are sure to increase just by her presence in her last NASCAR race. The only question that remains is whether she gets a decent ride, making Daytona must-see TV for all sports — not just racing — fans.