Choosing between the Chevrolet Camaros is harder than you think 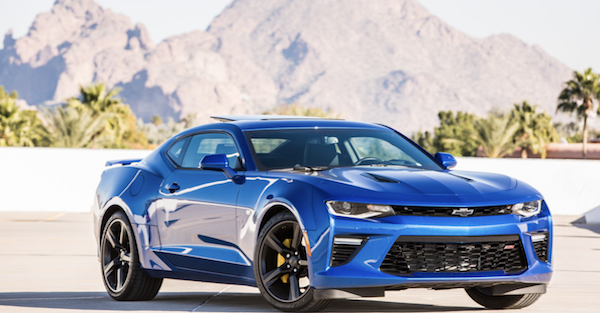 If you’re looking to buy a used sixth Generation Camaro SS, not only are you soon to be a very cool cat but you’re also in luck as prices have come down a bit.  Average price on a 2016 SS is $34,090 retail according to Kelly Blue Book.

Typically, if you weren’t sure on the Camaro and were cross shopping the competition, names like Mustang and Challenger would be top on your list.  But what if you could buy a fifth Generation ZL1 Camaro for about the same money?  That’s right, according to Kelly Blue Book, the average price of a 2012 and 2013 ZL1 is about $34,000.  Slightly more for a 14-15.

Which would be the better choice?  After all, the ZL1 in its day was the most powerful Camaro ever built.  That was only a few short years ago and surely having 125 more horsepower than the new SS makes it still very relevant in terms of performance.

Beauty is in the eye of the beholder, so you can make the call on whether you see the exterior and interior styling as more pleasing on the Zl1 or new SS.  For now, let’s get into the meat of it.  Let’s see how the performance numbers compare. To do this fairly, we will look at car and drivers results in their manual transmission 2012 ZL1 and their manual 2016 SS.

Performance between the two is a toss up.  Although the ZL1 has a lot more power, it is about 400 pounds heavier.  The new Camaro uses the Alpha platform resulting in a curb weight of only 3,700 lbs.  This along with advances in steering, suspension and braking allow the SS to match the track inspired ZL1.

Let’s go one step further and look into potential.  Camaros have always had the full support of the aftermarket and for good reason.  Factory performance is often not enough for enthusiasts and having a platform that responds well to modifications is very important.

Options are endless when it comes to performance modifications, so let’s look at popular bolt-on modifications that have been done to these two competitors and see where we end up.

The ZL1 is supercharged from the factory, giving it a huge advantage in the power department. Sharing the same engine as the 638 horsepower ZR1 Corvette means that GM left a lot of power on the table.  Plenty of aftermarket shops offer complete packages to up the ante for each car.

Vengeance performance offers a 675hp package for the ZL1 with a price tag of $6,500 installed.  This consists of  bolts-on like a cold air intake, smaller supercharger pulley, larger balancer and cooling modifications.

To get similar performance and factory drivability from the SS, you would need forced induction as well.  Luckily, LG Motorsports has you covered with their bolt on  ProCharger P1SC kit.  It will put the car around 615hp and will cost about the same as the Vengeance kit once you factor in installation.

At first glance, it looks like the ZL1 edges the SS out in the aftermarket category, except when you remember that the SS is origonally down 125 hp but still matches most of the Zl1’s performance.

In the end, the latest and greatest usually wins.  Most will want the standard high tech features you get in the new generation Camaro.  Although still a complete monster, the Zl1 is starting to show some age compared to its younger brother.

We’re accustomed to a fierce rivalry with the Mustang, but pinning a Camaro vs Camaro makes for a great debate. Who’s side are you on?