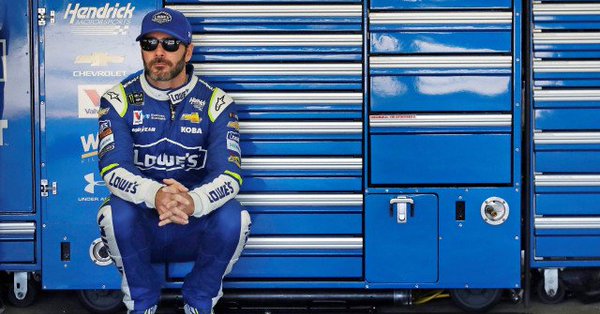 Sports is also full of surprises. Whether it’s an incident on the track, or one off it, there’s always lots to choose from. But these five are ones that raised the eyebrows of the NASCAR world over the last year.

This was supposed to be the year that Johnson competed for the eighth title of his NASCAR career. And while he won back-to-back races at Fort Worth and Bristol, and won a third time at Dover, he didn’t make the playoffs. Finishing 10th in the Monster Cup Series standings would normally be an accomplishment for most drivers, but not for Jimmie Johnson.

Derrike Cope in still on the track at 59

Derrike Cope loves what he does, and that came through loud and clear during his Alt-Driver interview in November. He’s Mr. Do Everything at Star Com Racing and is building the team from scratch. Not only is he the oldest driver in the Cup Series, he has no immediate plans to hang it up.

Matt Kenseth walks away — from everything

It was a surprise when Joe Gibbs Racing decided to part ways with Matt Kenseth and install, in his place, a driver less than half his age (Kenseth is 45 and Erik Jones, 21). But the surprises weren’t over. While some drivers stay involved with the sport in some capacity, Kenseth said he’s ready to walk away. Completely. That would be a shame since he’s make a great mentor.

He said he was shocked, and so was the racing world. When Circle Sports ended its relationship with The Motorsports Group, TMG also announced that it was looking for a driver for 2018. Earnhardt, on Twitter, then noted he was out of a job. There may be some other avenues for him, which would be good, because NASCAR without an Earnhardt would feel rather strange.

What’s your vote for the biggest surprise of 2017?