Here are AltDriver’s 5 most anticipated sports cars of 2018 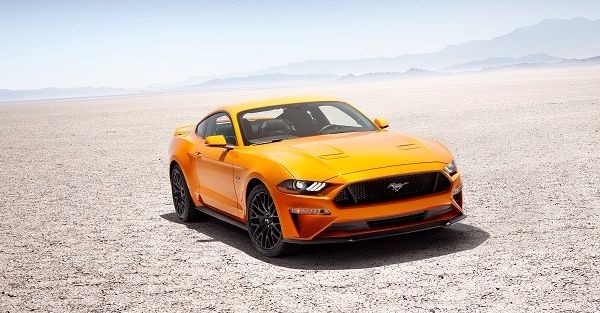 It’s a great time to be a sports car enthusiast if you live in the United States. Dodge has recently released the 840-horsepower Challenger Demon, Chevy is now offering the track-focused Camaro ZL1 1LE, and Ford finally released its long-awaited GT supercar, but don’t expect to get your hands on one of those Fords unless you passed their background check and they accepted your application. However, if you’re looking for a more affordable option than the $450,000 Ford GT, there are plenty of great performance vehicles coming your way in 2018. Below are just five of the most-anticipated sports cars scheduled to be released next year in the United States.

Kia shocked the automotive industry when it brought the Stinger GT to the 2017 Detroit Auto Show. Known by many as a value brand that offered unique designs and good fuel economy, the Stinger GT is the Korean automaker’s first foray into the realm of sports cars. While the base model packs a 255-horsepower turbo-four, it’s the GT trim that really brings the power. Underneath the hood of the GT is a turbocharged V6 good for 365 horsepower and 376 lb-ft of torque, which helps the car accelerate from 0 to 60 mph in less than five seconds, according to CNET. What’s more, every 2018 Stinger comes standard with the UVO infotainment system that’s compatible with both Apple CarPlay and Android Auto.

The BMW Z4 Concept made its debut earlier this year at the Pebble Beach Councours d’Elegance and approximately 80% of the concept car is expected to find it way on the production model, according to The Sun. As many car enthusiasts know, the cost of engineering a new sports convertible with historically low sales does not provide a great return on investment. So, to reduce costs, BMW teamed up with Toyota to engineer the Z4’s platform, which will also be used in the return of the Toyota Supra. Both models will reportedly offer four-cylinder and V6 engine options, but the BMW Z4 will be a soft-top convertible, while the new Supra will be a hard-top coupe.

It’s been a long time since Toyota has offered a high-performance sports car in its lineup. Sure, the Japanese company sells the Toyota 86 coupe, but that’s more of a momentum car rather than a vehicle you could genuinely take to the drag strip. Rumors of the Supra’s return date back to the 2014 Detroit Auto Show when the Toyota FT-1 Concept (pictured above) made its public debut. In the years since, the upcoming Supra has been photographed numerous times by spy photographers and while it clearly takes design cues from the FT-1 Concept, it will likely featured a tamer design. As for the powertrain, the Supra will be offered with four-cylinder and V6 engines when it arrives in 2018, according to Motor Authority.

It’s no secret that Mustang sales are down in 2017. Through the first nine months of this year, Ford has moved 62,196 of its pony cars in the United States, which is down more than 25,000 units from the same time period just 12 months earlier, according to Ford Authority. In contrast, sales of its rival–the Dodge Challenger–are up year-over year. In response to those sagging sales, Ford has reworked the engine of the 2018 Mustang GT and it now boasts 460 ponies, thus eclipsing the 455 horsepower found in the Camaro SS. The only question is will that power increase and slight design alternations be enough to lift Mustang sales?

With the mid-engine Corvette expected to make its debut in 2019, Chevrolet is rumored to be putting the final touches on one last trim level for the seventh-generation Corvette, which will be called the Corvette ZR1, according to Car and Driver. The legendary Corvette has featured a rear-wheel drive and front engine layout for 65 years, but the ZR1 will be the last ‘Vette to follow this formula. The upcoming ZR1 is expected to feature an even more powerful version of the 6.2-liter supercharged V8 that’s currently found in the Z06 model. Moreover, to keep the car on the ground, the Corvette ZR1 will wear a massive rear wing reminiscent of the Viper ACR.