A reckless driver, caught on video, nearly killed a mom and now the cops want him 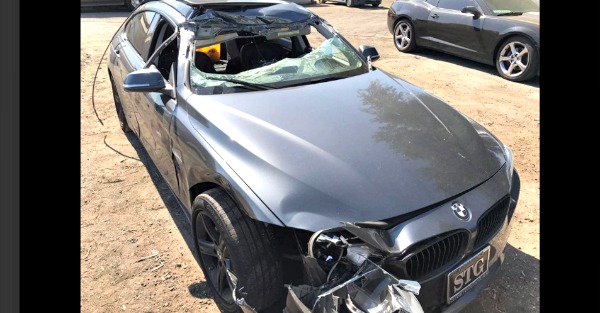 Cops are searching for a driver who appeared to be racing on a busy Los Angeles highway — and nearly killed a mom.

KTLA-TV reported the incident happened in the middle of the afternoon. Two cars — including a black Infiniti — appeared to be racing when the Infiniti smashed into a BMW and pushed it under a semi. The semi driver dragged the BMW along as it was lodged underneath the rig. The incident was caught on dash cam.

Alan Parcero, whose mother, Madis Tolentino, was driving the BMW, posted video and the aftermath of the accident on his Facebook page, and asked for help in finding the driver of the Infiniti.

Tolentino, who suffered minor injuries, told KTLA she feels grateful to be alive.