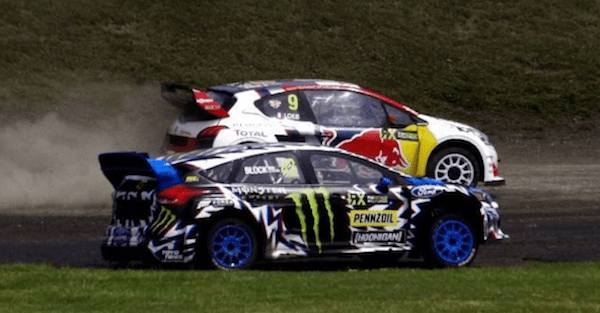 Nine automakers are in talks with the World Rallycross Championship about rules for future electric cars.

With instant torque and battery technology improving every year, an electric drivetrain would be ideal for this type of racing. The world championship is working out details for a separate category for an electric vehicle by 2020, while America?s Global Rallycross Championship will add an electric cars next season.  According to motorsports.com, promoter Paul Bellamy said inclusion of an electric rules package is a top priority for World RX:

“This is at the top of our agenda,” Bellamy told Autosport.

“We are in regular dialogue with the FIA about the regulations and what form electric WRX would take.  One of the major areas we are working on is keeping this championship affordable and not just affordable for the manufacturers, but the privateers as well.  We are talking to nine manufacturers about this – including the incumbents Volkswagen, Peugeot and Audi – and they want this for 2020.”

Volkswagen took over World RX in 2017 with Petter Solberg?s PSRX team, and the company has said rallycross is likely their next move for major factory motorsports.  With the amount of interest from automakers around the world, it?s very possible that rallycross could go electric by 2020, and Ballamy is very hopeful saying:

“That’s feasible,” he said of a 2020 switch, “but we have to work to get the regulations absolutely right and then get them delivered as quickly as possible.

“This is a very exciting space right now.”