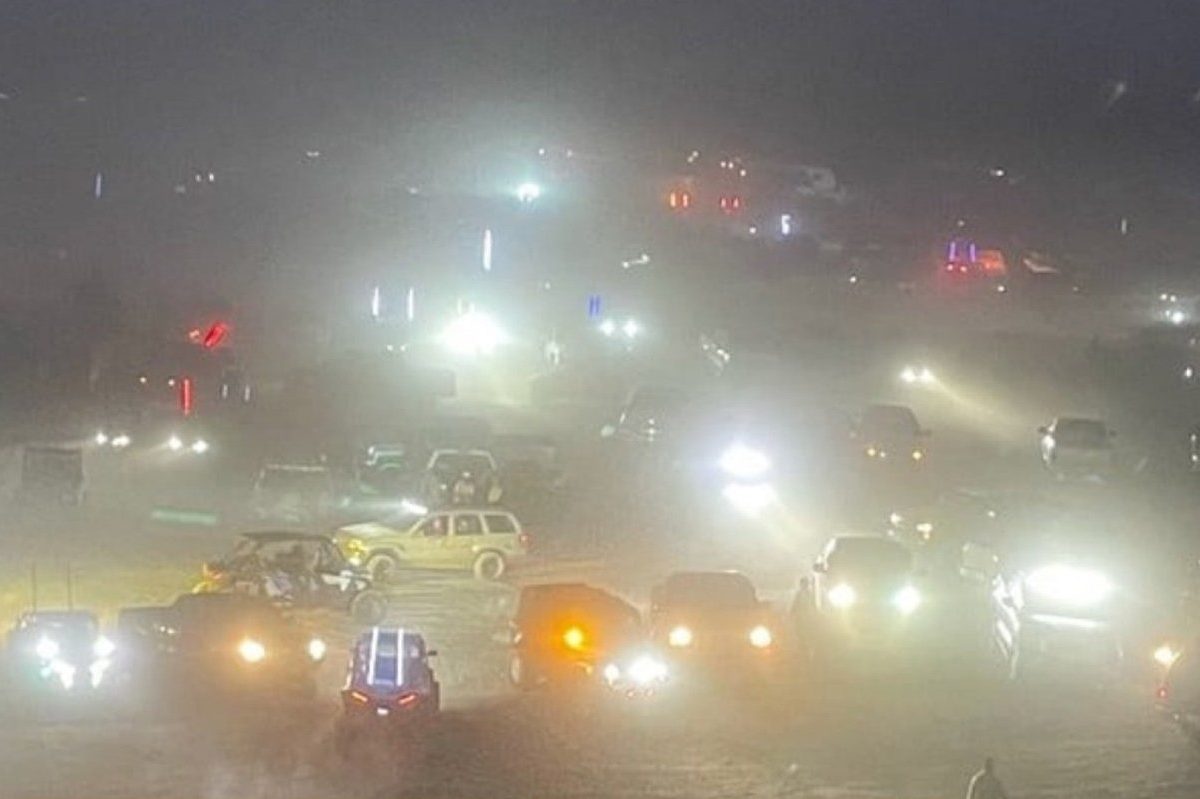 Off-roading can be fun, but the immortal Uncle Ben once said, “with great power comes great responsibility.” Uncle Ben hit the nail on the head, and this piece of advice can even be applied to driving. Driving is a privilege, not a right. Drivers are licensed on the basis that they prove they can abide by their state’s rules. This rowdy group of off-roaders broke just about every last one of ’em after a wild Arizona National Forest off-roading bash.

The pandemic has made all Americans a little stir-crazy, but we still manage to be civilized (for the most part). These folks decided they’d had enough of being trapped at the house. While the sentiment is understandable, their actions were downright repulsive because of the damage they caused and the potential danger they welcomed.

While the country is gradually starting to open up, we still aren’t back to normal. Large gatherings are still frowned upon nationwide until we get as many folks vaccinated as possible. A 500-person gathering would have been cause for concern. A 5,000-person gathering? Absolutely bonkers.

A large group organized the unlawful gathering at Arizona National Forest by using Facebook to invite thousands of off-roaders to the illegal event. The park requires permits for any group larger than 75 people, so this unsanctioned event was ludicrous. Why? For starters, we still happen to be fighting a global pandemic. We might have Covid on the run thanks to restrictions, weather, and a high vaccination rate, but a gathering this size is the exact opposite of what any town, city, or state needs to stop the spread.

Secondly, an event this large needs to have certain safety measures in place, so folks don’t get hurt. The larger the crowd, the more unpredictable the event. The event quickly became dangerous for attendees and the authorities that tried to break up the boisterous bash. As with many bad decisions, alcohol was involved, and many attendees ended up getting hit with DUIs and even flipping their vehicles over. One attendee needed serious medical attention, so yeah…the night didn’t go very well.

Authorities had to hand out DUIs the way Oprah hands out cars: “You get a DUI, you get a DUI, oh you sir, you definitely get a DUI.” The folks who attended this gathering and gave first responders a hard time should be ashamed of themselves. The pandemic is a time for unity amongst Americans. If we give into selfish temptations, we can end up setting the country back as a whole. If your friend or family member is about to do something that could get them sick or arrested, do us all a favor and tuck their car keys under a couch cushion.