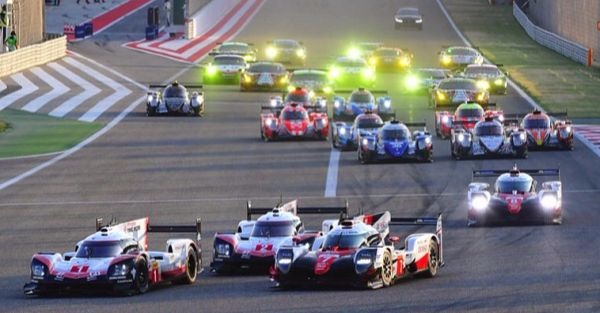 The world is changing and racing has to change with it if it hopes to survive.

It’s no secret that ratings are down for NASCAR this year and there are many reasons that can explain why. The first and most obvious would be that millennials simply aren’t interested in race cars or automobiles in general, as they’re the generation most interested in self-driving vehicles. The second reason for the ratings decline could be related to live streaming services that allow race fans to watch all the action of their favorite race via the comfort of their smartphone.

The only issue with the later point is that a racing series like NASCAR still needs to draw decent TV ratings to attract enough sponsors to finance the sport. Likewise, the World Endurance Championship (WEC) is facing a similar dilemma as it attempts to find a broadcast partner that will prioritize it’s races on their network.

The WEC recently pulled out of its contract with Fox, which previously had the rights to broadcast WEC events, including the 24 Hours of Le Mans. While Fox provided extensive coverage during the first two years of the contract, the company has expanded its sports portfolio with more UFC and soccer events, resulting in Fox pushing multiple WEC races to other channels when the soccer or UFC matches ran too long.

While the WEC was the first racing series to offer a live streaming service to its fans, it still needs sponsorship dollars to help finance its operations, so not having its races prioritized by Fox was a problem when it came to attracting advertisers.

The WEC is currently in talks with various broadcasters for the rights to show its races, but the racing series won’t make an official announcement until early 2018.

In an exclusive interview with Jalopnik, WEC’s North American Representative Andrew Craig shared his thoughts on the future of WEC broadcasts.

“The trouble is, many sponsors still judge sports on eyeballs .. The numbers,” Craig said. “The TV ratings still do it. And it?s the past?you know this… Network TV is the past.

“I have to also say that the future of television is?I?m now speaking to a sort of broader base, but the days of network television for many sports are over. What we need to do and what many sports need to do is to make sure we?re reaching our fanbase on their terms. Engagement is what matters.”