Dad with a kid in the car ran a red light, crashed and did the unthinkable 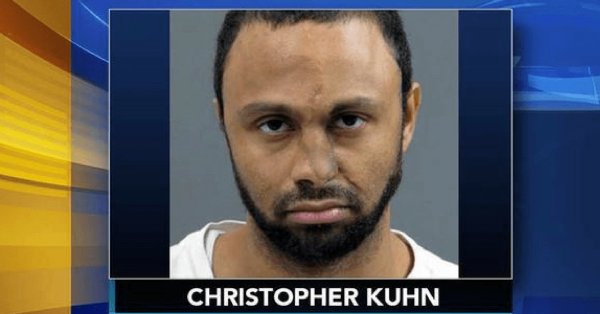 A New Jersey man is behind bars after his 2-year-old son was killed in a car accident, which took place after he the man allegedly stole $238 worth of merchandise from a Wal-Mart and attempted to flee the scene.

Police say that 27-year-old Christopher Kuhn of Hamilton, New Jersey, failed to strap his son into a car seat and instead took that time to cover the license plate of his Jeep with a sweatshirt, according to a report by Fox News. Kuhn then allegedly sped through a red light, but ended up t-boning another car, ejecting his child from the Jeep and onto the road, according to CBS News.

The Washington Post reported that Kuhn looked towards his injured child, then took off on foot in an attempt to evade police. Bystanders attended to the child while the police pursued Kuhn, who was eventually caught and arrested.

The 2-year-old boy was rushed to Lower Bucks Hospital, where he was pronounced dead.

Kuhn has been charged with homicide by vehicle, third-degree murder, and retail theft.

The boy’s mother, Machenzy Trievel, reportedly told the New York Post that her  ex is a ?disgusting human being,? and that ?he was only worried about himself.?

Trievel also said that she previously petitioned the court for full-custody of her son, but that was denied.

The bail for Kuhn has been set at $5 million.