After Someone Threw 2 Dogs out of a Car, a New York Trucker Came to the Rescue 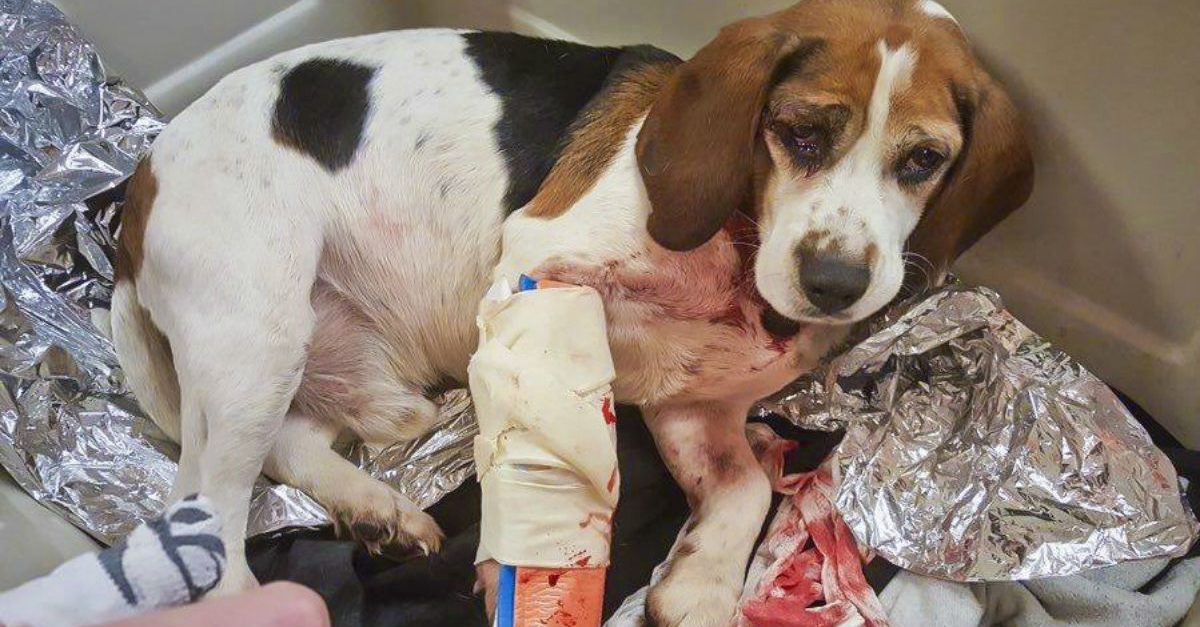 NEW YORK (AP) ? A pair of beagle mixes are on the mend after authorities say someone threw them out of a moving vehicle on a snowy New York highway. The dogs were rescued by a passing trucker, but one was so badly mangled that a front leg had to be amputated.

New York State Police on Saturday asked for the public?s help in finding the suspect or suspects in the incident Wednesday morning on Interstate 81 near Whitney Point, about 16 miles (26 kilometers) north of Binghamton. So far, they said, they have no leads.

?These animals have been through a lot, and people need to understand that this is not OK,? said Amberly Ondria, shelter manager for the Broome County Humane Society. ?This is not something that should be done.?

The trucker told investigators that the dogs were thrown out of the right, rear window of a dirty, rusty Dodge Durango heading north toward Cortland.

State police said the trucker immediately stopped his big rig and brought the dogs to safety, scooping up the one that was severely injured while the other one, unscathed other than a few abrasions, followed on his own.

State troopers bandaged the badly injured dog and splinted his leg on the side of the highway, keeping him warm with a blanket and the trucker?s sweatshirt. Meanwhile, the other dog gobbled half a box of dog biscuits.

The dogs were later renamed Trooper, for the state troopers who aided them, and Adam, after the trucker. Trooper is 6 to 8 years old, Ondria said. Adam is about a year old.

Trooper suffered a compound fracture of his distal radius and ulna on the front right leg that was amputated and a hairline fracture of the ulna on the left front leg, as well as broken ribs and contusions to his lungs and shoulder, the humane society said.

Because of the damage to his left leg, Trooper will require assistance getting around and perhaps even a harness to stabilize him, Ondria said.

?He has quite the road to recovery ahead of him,? she said.