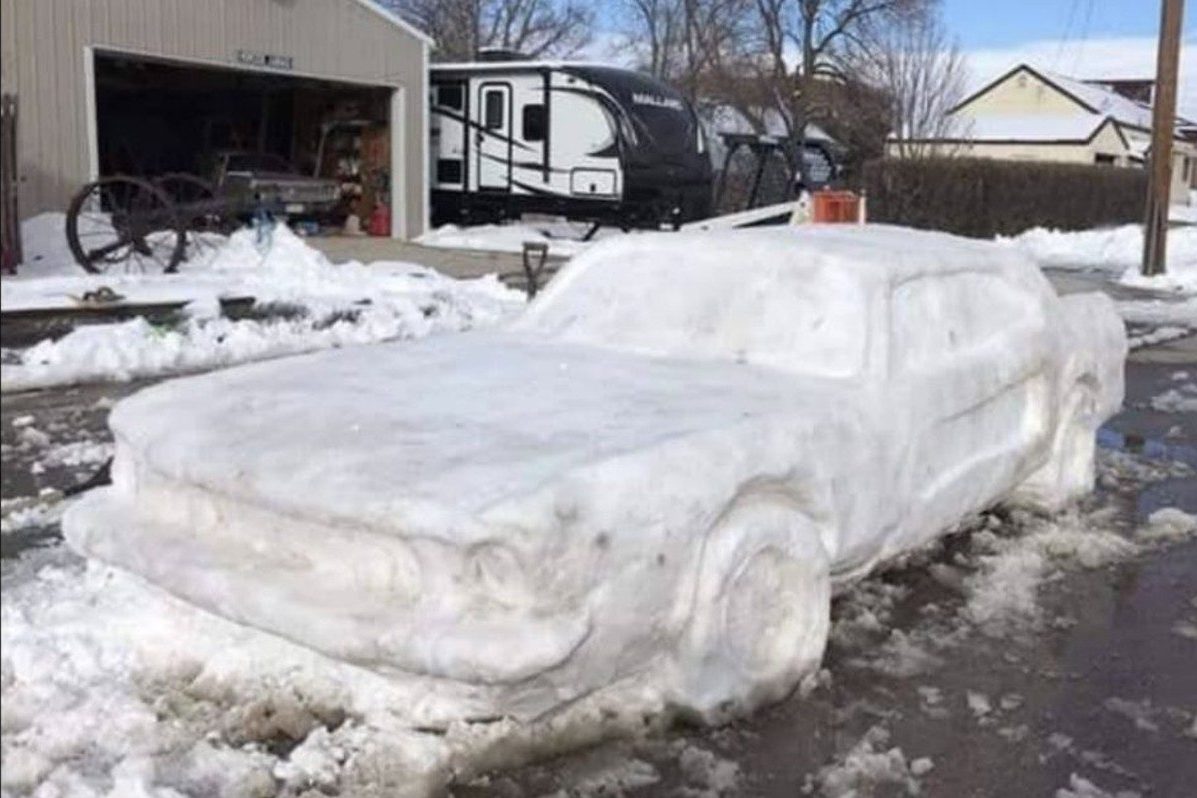 Jason Blundell could make some serious money in the snow car replica business, because the Chadron, Nebraska man’s sculpture of a 1967 Ford Mustang GTA looks pretty damn close to the real thing.

Back in March 2019, Blundell, a 43-year-old concrete plant manager, shoveled neighborhood driveways and spent five hours sculpting a replica of the Mustang in the family garage, with the help of his two kids. While he was driving through the neighborhood, Nebraska State Patrol Sgt. Mick Downing noticed the life-like Ford Mustang and wrote up a fake tow notice for it.

Downing posted the video of the #SnowPony (which is what it became coined on social media) on the Nebraska State Patrol official Facebook page, and the rest is viral history.

“Holy cow, this thing blew up,” said Downing, according to the Scottsbluff Star Herald. “One of my friends in Gretna said the BBC picked this up, (as did) some news organization in Australia.”

As it turns out, this isn’t the first time that the Nebraska family has tried their hand at a massive snow sculpture. They’ve built seven-foot-tall Easter bunnies and a six-foot-tall jack-o’-lantern, with a lit candle inside and everything. One time, for no reason in particular, they just built a massive toilet. Clearly, these folks are pretty…flush with sculpting skills.

“We actually had somebody come by while we were building it and they thought we were burying somebody’s car,” Blundell said.

“The start of that was to get my kids off their cellphones for a day. Normally, we don’t do much with (the sculptures). We just take a couple pictures of them for ourselves. It just happened that our state trooper buddy came up to do a joke and it blew up.”

Considering their internet fame, the Blundells should definitely think about whipping up another car-related snow sculpture in the near future. Maybe a Chevy Corvette just to mix things up?