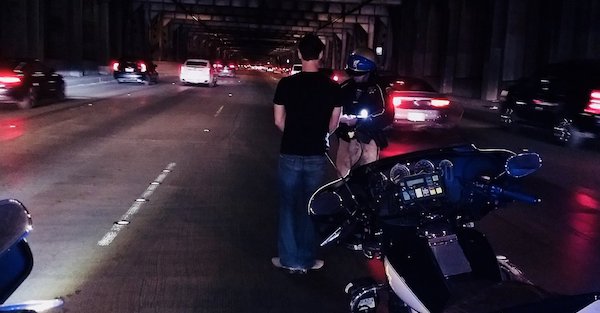 The California Highway Patrol in San Francisco stumbled upon the odd scenario where it needed to explain that just because your car has autopilot, it doesn’t mean you can get trashed and hop behind the wheel. Turns out humanity just isn’t that far into the future . . . yet.

CHP pulled up behind the driver in question after discovering his Tesla stopped in the middle of the Bay Bridge at around 5:30 p.m. They soon found the driver sitting behind the wheel but fast asleep.

After eventually waking up, the man explained to police that he wasn’t really driving because his Tesla was on autopilot. The excuse didn’t resolve the issue, and the officers tested the man’s BAC, which was over double the legal limit.

When u pass out behind the wheel on the Bay Bridge with more than 2x legal alcohol BAC limit and are found by a CHP Motor. Driver explained Tesla had been set on autopilot. He was arrested and charged with suspicion of DUI. Car towed (no it didn’t drive itself to the tow yard). pic.twitter.com/4NSRlOBRBL

As far as Tesla response goes, they acknowledge that of course you shouldn’t ever be intoxicated behind the wheel of one of their cars.