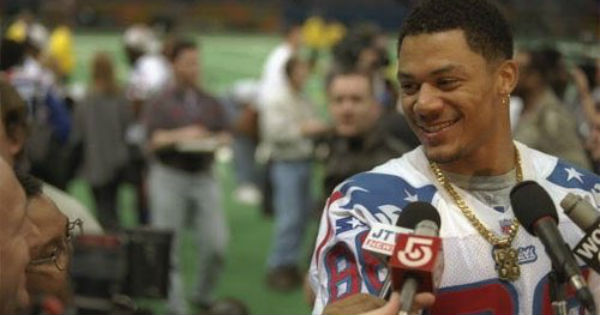 The Columbus native was also a one-year starter at Ohio State, recording 64 receptions for 1,411 yards and 17 touchdowns in 1995, before being selected No. 7 overall by the Patriots in the 1996 NFL Draft.

Glenn was a devoted father who recently posted this on his website:

This is what he wrote on his website recently about being a Dad. Please be praying for his children. pic.twitter.com/UNrpdWN7QX

ESPN’s Kirk Herbstreit, who played with Glenn at Ohio State, responded to the news of his former teammate’s passing via Twitter.

Played with Terry for a year at Ohio State. So sorry to hear this. Just awful news. Praying for his family. 🙏🏼 https://t.co/wGrLv2jlzc

The Star-Telegram’s Clarence Hill Jr., who covered Glenn during his stint with the Dallas Cowboys, noted that the former wide receiver had gotten engaged and had a child recently.

Terry Glenn recently got engaged and just had a baby. He was excited. Now he is gone

There are currently limited details regarding the accident that took Glenn’s life. We will provide more details as this story develops.