This Marine says he stole a pickup truck, and people will cheer the reason why 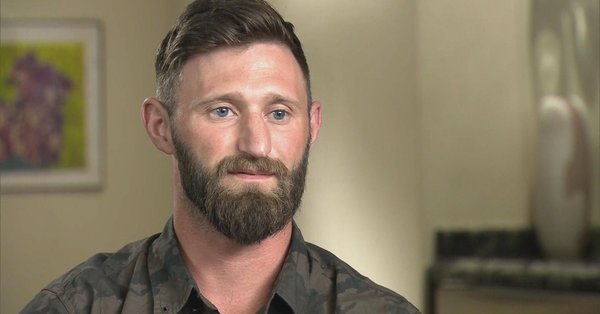 Taylor Winston is used to serving his country. After all, he’s a Marine. He joined at age 17, served two tours in Iraq and was discharged as sergeant.

So, it’s no surprise that when the carnage of Las Vegas unfolded, he rushed into action.

Winston was enjoying the concert with his girlfriend and some friends when he heard the gunfire.

“People started scattering and screaming, and that’s when we knew something real was happening,” Winston told CBS This Morning in the video above. “The shots got louder and louder, closer to us and saw people getting hit, it was like we could be hit at any second.”

He said he was temporarily blocked by a fence but got over it, and helped others get over it, too. “Once we got to the fence, I helped throw a bunch of people over, and got myself over. It was a mini war zone but we couldn’t fight back.”

Then, he noticed a field with  a bunch of white pickup trucks and wondered if someone may have left the keys inside.  The first truck he opened did in fact have keys, and Winston started collecting the injured to take to the hospital.

“I started looking for people to take to the hospital,” Winston explained. “There was just too many and it was overwhelming how much blood was everywhere,” he said in the video above.

He took a first group to the hospital, and then a second. He estimated he took 20 to 30 people in for treatment.

“I think a lot of my training in the military helped me in the situation. We needed to get them out of there regardless of our safety.”

Then Winston turned humble: “There was a lot of bravery and courageous people out there. I’m glad that I could call them my country folk.”

Oh, and he has now returned the keys.