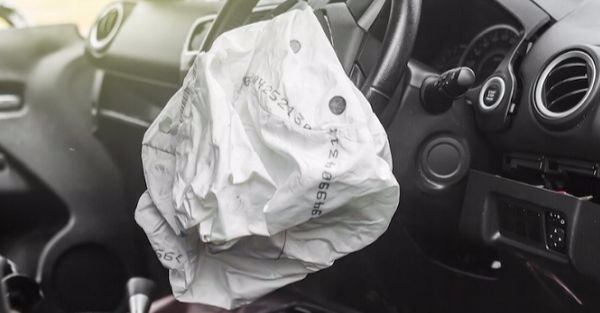 The largest auto safety recall in history has just gotten even bigger.

Earlier this year, tests performed by the National Highway Traffic Safety Administration (NHTSA) revealed that Ford, Nissan, and Mazda vehicles had defective inflators in some driver-side airbags. While Nissan agreed to recall 515,000 automobiles in July, Ford and Mazda petitioned safety regulators to postpone recalls until the automakers could test the Takata airbag inflators further.

However, the NHTSA has rejected those petitions by Ford and Mazda, explaining that it didn’t find their requests “reasonable under the circumstances or supported by the testing and data it has collected to date.”

This decision means 3 million Ford vehicles and 6,000 Mazda trucks will be recalled to fix airbag inflators.

The reason why these airbags are being recalled in the first place is because the airbags can explode with extreme force, propelling metal shrapnel inside the cabin of the aforementioned cars. There have been at least 18 deaths and 180 injuries globally which have been associated with these airbags, according to AutoBlog.

The independent monitor of the Takata air bag recall has described this situation using the words “grenade” and “ticking time bomb.”

Additionally, the independent monitor said in a report that of the 18.5 million vehicles recalled so far, there are still 10 million that haven’t been repaired, according to Reuters.

Back in June, Takata said it’s recalled or expected to recall approximately 125 million vehicles worldwide, with 60 million of those coming in the United States.