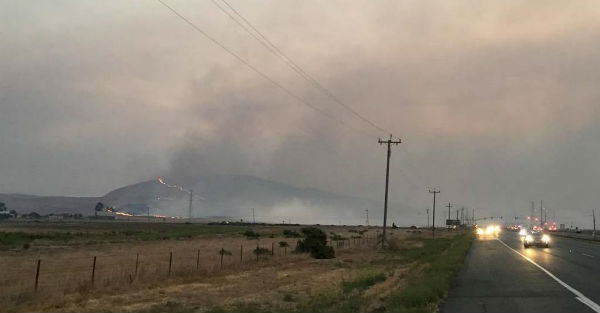 UPDATE: Sonoma has released a statement that says its facilities appear safe for now, but it’s working with local fire departments to battle the blaze around its property.

Update on @RaceSonoma fire (pics via the track): pic.twitter.com/6PMKdsHDCg

Wildfires are sweeping through California, and several reports say they’ve burning on or near Sonoma Raceway.

NASCAR writer Jeff Gluck and Sara Stierch, a writer for Sonoma Mag, have reported that Raceway is on fire.

This is the back side of @RaceSonoma. Hoping the track will not be affected by the terrible fires in the wine country area. https://t.co/nDc0fhSNS6

The property behind Sonoma Raceway is on fire! 37, 121, 116 and the racetrack are currently closed as of 7:10am wh… https://t.co/j1xWW3hKyF pic.twitter.com/ASecBKdeyg

Teams and drivers began tweeting out their prayers:

Ugh. Hope everyone @RaceSonoma and the communities around it are ok. https://t.co/RZoYP1I9CU