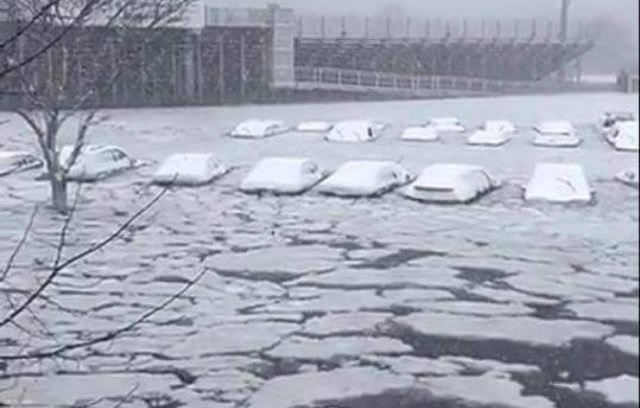 It?s not unusual in the winter to wake up and find your car buried under snow. It?s happened to most of us one time or another.

Residents in Gloucester, Massachusetts, however, got something they never expected. The big snowstorm that slammed the east coast prompted city officials to implement a parking ban on city streets to make plowing easier. Makes sense. Residents were told to park their cars in municipal lots, like the one at the high school, reports thedrive.com. That was a bad idea. Twitter was soon filled with pictures of cars submerged under 4 feet of ocean storm surge.

“It?s an unfortunate situation,” Gloucester Chief Administrator Jim Destino told WBZ. “We?ve never had a storm surge like this in the city. This parking lot was flooded. They can?t be salvaged. They were all under water and floating.”

One woman said as many as seven cars were lost between her and her neighbors. The city says residents should contact their insurance companies as this was an act of God and not a liability on the part of the city.