Chaos in Seattle: 44,000 POUNDS Worth of Metal Balls Zip Down Street, Damage Cars 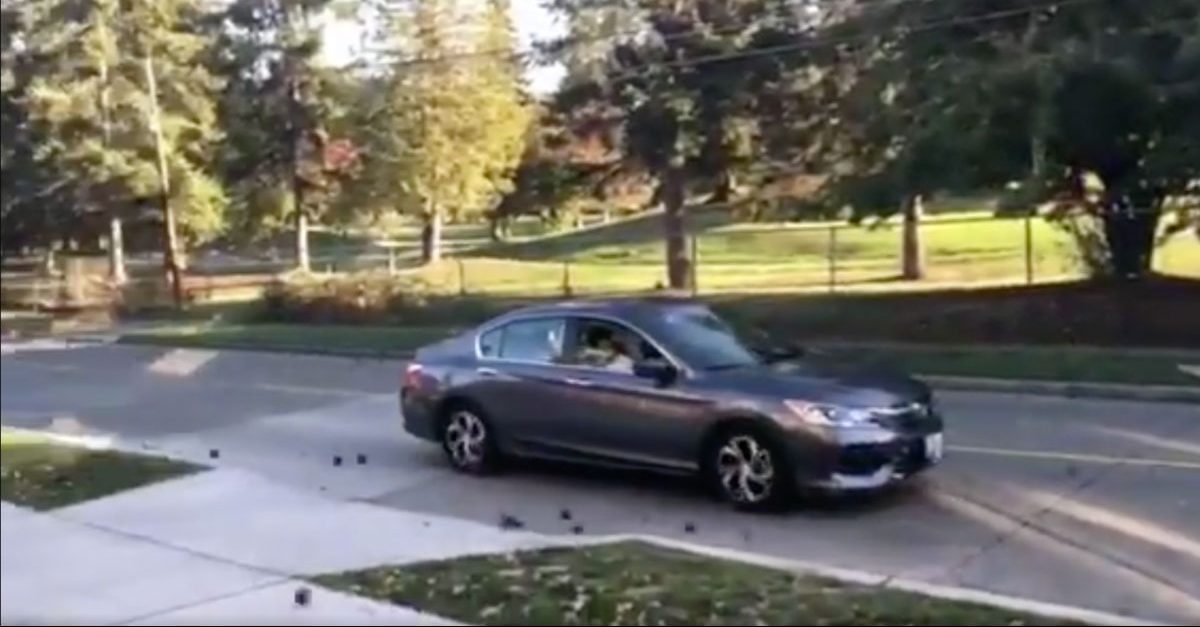 SEATTLE (AP) ? Authorities in Seattle temporarily closed a street after motorists were stunned by dozens of large metal balls that spilled out of a truck and cascaded down the street, damaging several cars.

A video taken by a person at the scene Wednesday afternoon shows the balls loudly bouncing and rolling down the street as a driver slowly backs up, apparently attempting to escape the onslaught.

Read More: This Goat Is the Greatest of all Time When It Comes to Causing Traffic Jams

The Seattle Times reports that Seattle police spokesman Patrick Michaud said the balls appeared to be ?really big ball bearings? and that it was unclear what caused the load of them to fall out of the truck.

Several cars were damaged but no injuries were reported.

Read More: ?Drunk? Birds Are Apparently Flying into Cars and Windows in Minnesota