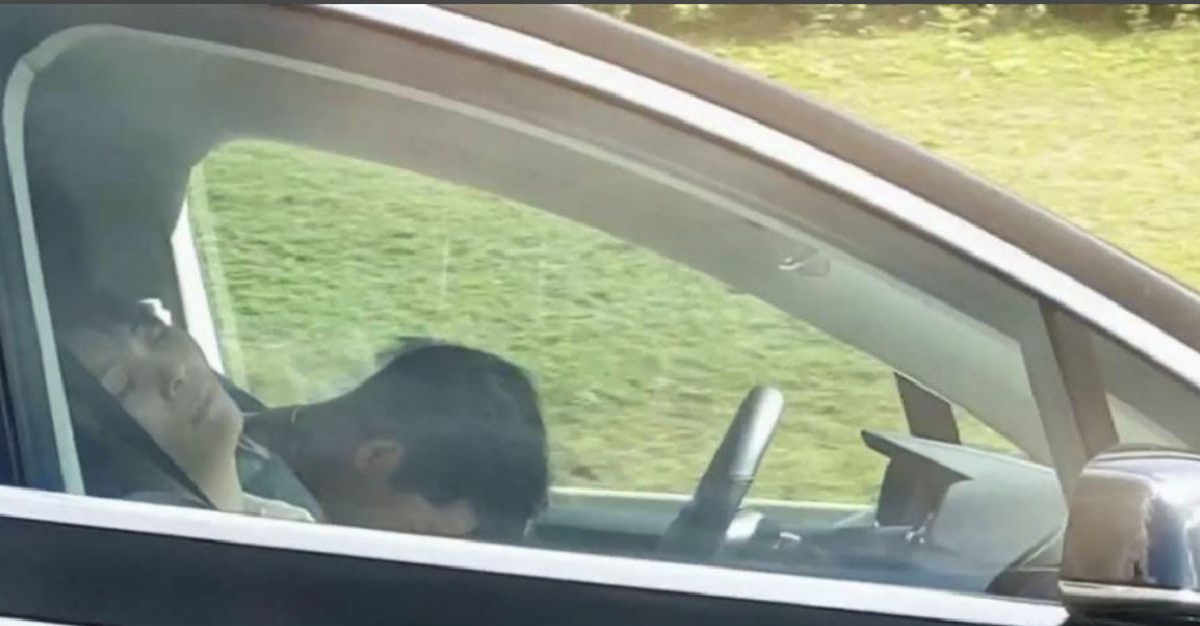 Folks lucky enough to own a Tesla have more bells and whistles at their disposal than Batman. One of the many features of a state-of-the-art Tesla vehicle is the autopilot system, which is exactly what it sounds like. The car drives itself. Pretty sweet, right?

Sorry to mix superhero metaphors here, but you know what they say: With great power comes great responsibility. In other words, just because Tesla drivers don’t have to be as hands-on as your average motorist, that doesn’t mean they can just up and forget that they’re driving a two-ton piece of machinery. Falling asleep behind the wheel? Yeah, that’s not a good look.

Well, if this below video is to be believed at all, one Tesla driver thought that taking a little siesta while making his way down the Massachusetts Turnpike wouldn’t be that big of a deal. This is why we can’t have nice things.

Some guy literally asleep at the wheel on the Mass Pike (great place for it).

Teslas are sick, I guess? pic.twitter.com/ARSpj1rbVn

“It was just so strange and baffling,” Dakota Randall, who filmed the video of the sleeping driver and posted it to social media, told CBS Boston. “I thought I saw somebody asleep at the wheel but I wasn’t sure so I did a double-take. Sure enough, there was somebody with his head right between his legs.”

“They looked like they needed to go home and go to bed.”

According to the Massachusetts State Police, there’s actually no law against snoozing behind the wheel of a self-driving car, which seems pretty unbelievable. Though, in response to the above video, Tesla pointed out that the autopilot feature wouldn’t allow a driver to go completely hands-free for that long.

“These videos appear to be dangerous pranks or hoaxes,” said a Tesla spokesperson, claiming that the driver-monitoring system constantly urges drivers to stay alert behind the wheel.

“At highway speeds, drivers typically receive warnings every 30 seconds or less if their hands aren’t detected on the wheel,” the spokesperson for the California-based company added. “Tesla owners have driven billions of miles using Autopilot, and data from our quarterly Vehicle Safety Report indicates that drivers using Autopilot experience fewer accidents than those operating without assistance.”

So, was the seemingly zonked-out Tesla driver just pulling a big goof? It seems likely.

Read More: Video Shows Driver of a Tesla Crash at Red Light. The Car Speed Was So High, It Even Got Elon Musk’s Attention!