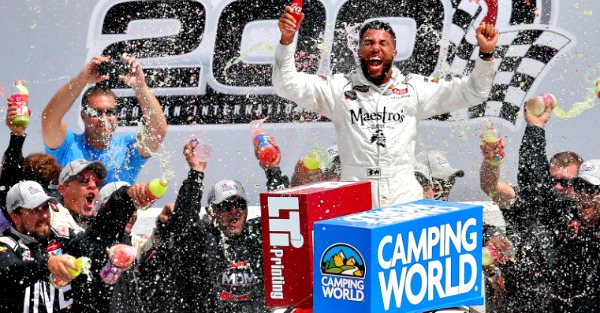 Camping World CEO Mark Lemonis came under fire last month when he told consumers “don’t shop at my business” if they agreed with comments that came from the White House following the events in Charlottesville.

Fast forward one month, Lemonis is making another bold statement, but this one is about providing aid to the island of Puerto Rico following the devastating consequences of Hurricane Maria, which was the worst storm to strike the island in approximately 100 years.

Lemonis sent a Tweet that was designed to raise awareness for the crisis happening in Puerto Rico. In the Tweet, Lemonis pledged to donate .50 cents for every Retweet with the hopes of getting the hashtag #helpPuertoRiconow trending on Twitter. (Lemonis capped the amount he’ll donate at $250,000.)

Urgent! Help me create awareness by getting #helppuertoriconow trending & at the top of news. I'll donate .50 cents for every RT up to $250k pic.twitter.com/hKgwoueAnj

Lemonis also Tweeted a video of himself this week asking Twitter followers to help him determine what supplies are most needed by Puerto Rican citizens. That’s because he plans to charter a plane, fill it with those supplies, and then fly it to the country.

?This isn?t about anything other than a decent sense of humanity,? Lemonis said in the video below. ?If you read or hear from anybody that is familiar with this situation, this is a real catastrophe, jeopardizing humanity and really, people?s lives at stake. And every minute and every day that goes by, we are putting these folks in Puerto Rico in deeper jeopardy of losing their lives, losing their loved ones. They?ve already lost enough.?

Hurricane Maria has already taken the lives of 16 people, according to a report by Guns.com. In addition, more than 3 million people are still without power more than a week after the storm.