A brave 11-year-old boy called the cops on his mom, and they hauled her to jail 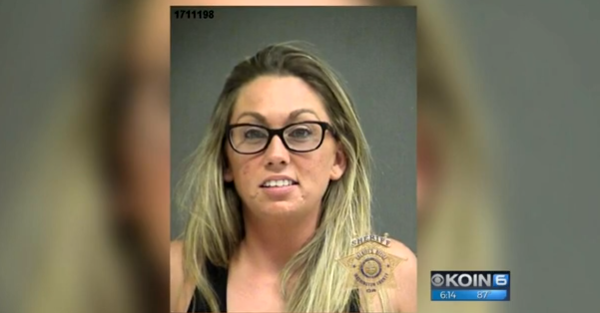 What would you do if you were riding in the car with your mother and noticed that she might be drunk?

Unfortunately, 30-year-old Nicole Norris of Portland, Oregon, knows the answer to this question all too well.

That’s because after watching a Hillsboro Hops minor league baseball game with her son, the 11-year-old boy called 911 and told authorities his mom had hopped a curb.

Washington County Deputy Shannon Wilde responded to the call. She claimed Norris failed and field sobriety test and had a blood alcohol level was twice the legal limit allowed in the state, according to CBS News.

Two other drivers reportedly called 911 to report Norris’ erratic driving, according to TIME.com.

Norris was charged with driving under the influence of intoxicatants and taken to jail.

The 11-year-old boy went to stay with his extended family.

When KOIN 6 News in Portland spoke with Hillsboro Hops President and CEO K.L. Wombacher, he said his staff is constantly on the lookout for drunken behavior, but they unfortunately don’t catch everybody.

“Thousands of people come to the games,” Wombacher said. “We do our best and put the best protocols in place to have a safe environment and that’s our goal.”