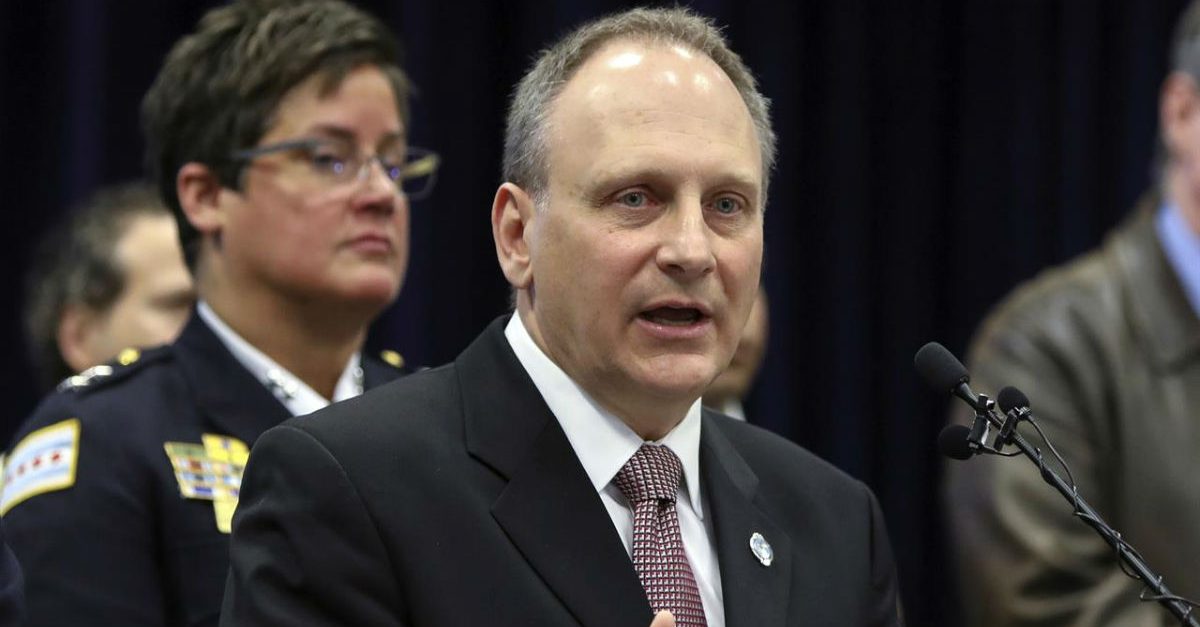 CHICAGO (AP) ? A Chicago police commander has been reassigned amid allegations he drove at speeds of more than 100 MPH (161 KMH) while being pursued by Indiana state authorities.

UNDER FIRE: Det. Cmdr. Edward Wodnicki, who headed CPD's Jussie Smollett investigation, has been transferred & is under investigation for leading IN police on a high speed chase — stop strips were deployed as he allegedly travelled 114 mph. @cbschicago https://t.co/KOGXchXx9Y

Indiana police say Wodnicki was observed speeding on Interstate 94 in an unmarked car with blue lights flashing. A trooper says Wodnicki initially failed to stop, but did so before driving over spike strips deployed by troopers. He was ticketed for driving 80 mph (129 kmh) in a 70 mph (113 kmh) zone.

Read More: Florida Cop Pushed His Car Over 140 MPH to Catch up with Speeding Car ? Then the Engine Caught Fire