VIDEO: Here’s the frightening moment a plane crash lands on a Florida highway 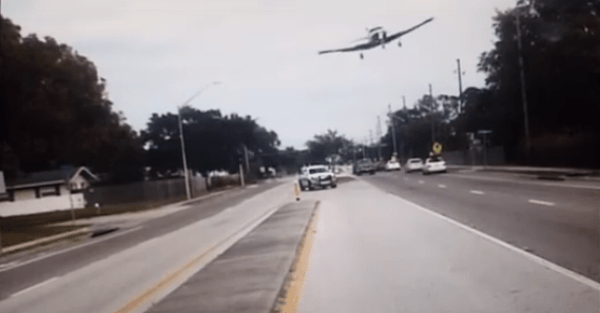 At about 10:20 a.m. on November, 19, 2017, two deputies were responding to a call for service in unincorporated Clearwater, and were caught by surprise when a single engine plane crashed in front of them on Keene Road, just south of Sunset Point Road. Deputies rushed to the crash scene to assist the pilot and his passenger.The deputies dash cams captured video of the crash.Paramedics from Clearwater Fire and Rescue Department responded to the scene. Luckily, the pilot and his passenger walked away from the crash uninjured. No citizens were injured as a result of the crash.http://tinyurl.com/y7q3azof

A pilot and passenger walked away unhurt after a single-engine plane clipped a tree and spun around as the pilot tried to make an emergency landing on Keene Road, on a Florida highway. A 61-year-old pilot, Marc Allen Benedict, and his passenger 55-year-old, Gregory Guinee, took off in the four-seat Rockwell Commander 112 at 9 a.m.…