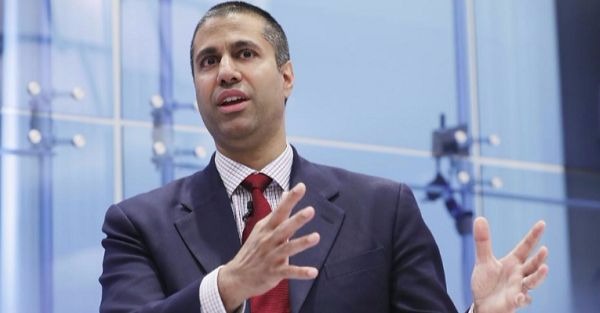 There’s not much that NASCAR fans can agree on nowadays. Take Dale Earnhardt Jr. for example. While some race fans think Dale Jr. was an incredible asset to the sport over the last 18 years, others say he only lasted that long because of what his father accomplished. However, if there’s one thing that NASCAR fans see eye to eye on is that the FCC’s plan to repeal net neutrality is a bad idea.

Nowhere is this fact clearer than Reddit’s NASCAR forum. That’s where a post titled ?American Racing Fans, Net Neutrality effects (sic) us all, Ajit Pai is worse than Brian France, call your local representatives,? recently became the most popular on the subreddit. Before being closed for commenting, that post earned 60,000 upvotes and 460 comments. To put that in perspective, the 2nd most popular post earned just over 6,800 upvotes, according to USA Today.

The Federal Communications Commission chairman, Ajit Pai, previously announced plans to repeal Obama-era regulations on net neutrality, which essentially gave everyone the equal right to access the content on the internet and at the same speed. But, Pai argued that removing these regulations would “stop micromanaging the internet,” according to Wired.

The FCC plans to take a vote on this proposal on Dec. 14. That’s why users on Reddit’s NASCAR forum were openly sharing links to the Battle for the Net campaign, as well as tips on how contact representatives in their area.

?I don?t care if someone is left or right?this anti-net neutrality issue is one that will make all Americans suffer,? wrote one r/NASCAR user, according to Quartz.  ?Only a handful of ISP executives would benefit from this, I just really hope that the whole thing falls apart just like it has in the past.?

So, while NASCAR attendance and ratings have fallen under the leadership of current Chairman and CEO Brian France, the sport could weaken even further if net neutrality is repealed, especially when you consider how many fans consume their NASCAR content via their smartphones and tablets in today’s world.

Could you imagine what it would be like if a service provider blocked access to or charged substantially more for the right to use NASCAR.com?