NASCAR legend fires back at Camping World CEO for comments about Trump, fans 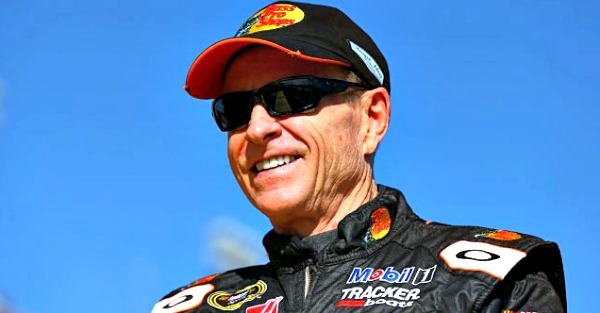 UPDATE: Mark Martin has taken down his earlier tweet, and replaced it with a new one that says he regrets what he said:

After a call from @marcuslemonis today regret my tweet yesterday. I believe many articles about his statement were misrepresented.

The original story is below:

Keep politics out of it.

That’s the message NASCAR legend Mark Martin has for Camping World CEO Marcus Lemonis, after he criticized President Trump for his handling of the Charlottsville protest and told fans who side with the President  to stay out of his businesses.

Martin made his remarks on Twitter, and said he was cancelling a $150,000 order with Camping World.

First thing in the morning I will be canceling my order for 150,000$ RV I have ordered. Leave politics out of it. https://t.co/B0AUhqXVdh

Martin is one of the most popular drivers ever at NASCAR, a 40-time Monster Energy NASCAR Cup Series winner.

Lemonis has joined that chorus of critics who paint Trump’s response to Charlottsville as weak, and said he’s  “horrified” by what he’s seen coming out of the White House. He then went one step further:

“There’s no doubt that there is probably not many consumers in this country today that are in favor of what has been said in the last couple days and if they are, quite frankly, don’t shop at my business,” Lemonis said on CNBC’s “The Profit.”

Here are his full  remarks:

Marcus Lemonis: If you're OK with what Trump said, don't shop at my businesses from CNBC.