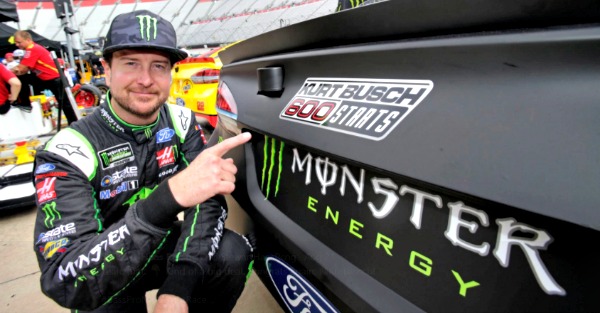 Of all of the issues that NASCAR faces — anthem controversy, low TV ratings, teams in turmoil — there is one that may be the most pressing and challenging of all:

The company was supposed to inform NASCAR whether it would pick up a two-year option to stay as the sport’s primary sponsor. Monster, according to the Sports Business Journal, has asked for a extension to decide whether it will pick up its reported $20 million per year  option.

.@MonsterEnergy has requested more time from @NASCAR for its renewal decision, per sources briefed on the matter — https://t.co/PVPiU9yFft pic.twitter.com/mrkI6SMmJO

Stern, in a serious of tweets, also said it’s likely a decision won’t be made until into 2018. Additionally, Monster has to decide whether to continue its commitments to two other teams.

On top of entitlement decision for '19/'20, $MNST is also facing decisions on whether to renew with SHR and the @NHRA's @JFR_Racing for '18.

Stern has estimated that between those three deals, Monster spends upwards to $50 million annually.

Between those three deals, @MonsterEnergy is likely spending in the realm of $40-50 million this year.

That’s a whole lot of scratch. And that’s why this should be the biggest issue NASCAR faces — and fixes.