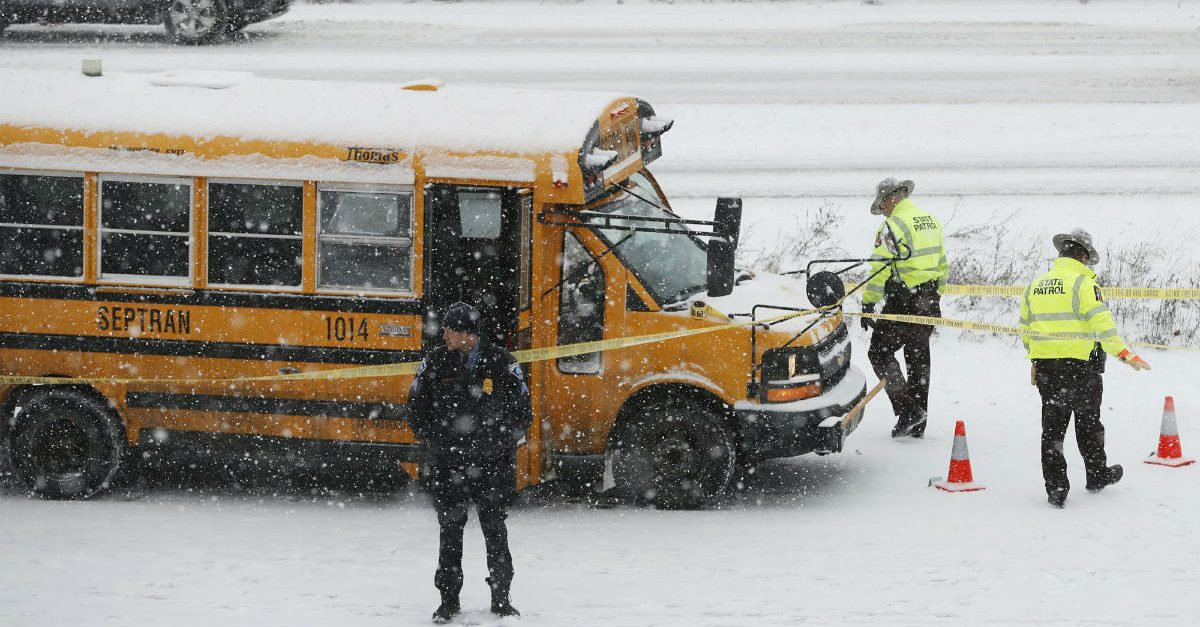 MINNEAPOLIS (AP) ? Prosecutors say a 31-year-old security guard fired five shots into the windshield of a school bus that had scraped his car on a snowy highway near downtown Minneapolis, wounding the driver but not striking a child who was on board.

Kenneth Lilly, of St. Paul, was charged Thursday with attempted second-degree murder and second-degree assault. He?s due in court Friday and remains in the Hennepin County Jail.

According to the criminal complaint, the bus was trying to merge Tuesday afternoon when it apparently scraped Lilly?s sedan. The bus driver said he was unaware the vehicles had touched, but there was paint from the bus on the car. Lilly stopped his car and tried to get on the bus but the driver refused, telling him there was a child on board.

Lilly, who was wearing his security guard uniform, pulled a handgun from his holster and fired at the bus windshield, wounding the driver?s left arm and grazing his head. Police said the wounds weren?t life-threatening and that his passenger, an elementary school student, was in the rear of the small bus and wasn?t hurt.

?The actions of Mr. Lilly were outrageous and it was sheer luck that neither the bus driver nor the little girl were killed,? Hennepin County Attorney Mike Freeman said in a news release.

He said police are still investigating the shooting, ?and if we can add aggravating circumstances for a longer sentence, should be prove him guilty, we will do so.?

According to prosecutors, Lilly called 911 after firing the shots and was arrested at the scene. He told officers that he shot at the bus driver because he had feared for his safety, but the complaint says video footage shows he had retreated to a safe spot before walking back in front of the bus to start shooting.

The complaint does not elaborate as to why Lilly might have feared for his safety. Court records don?t list an attorney for him.