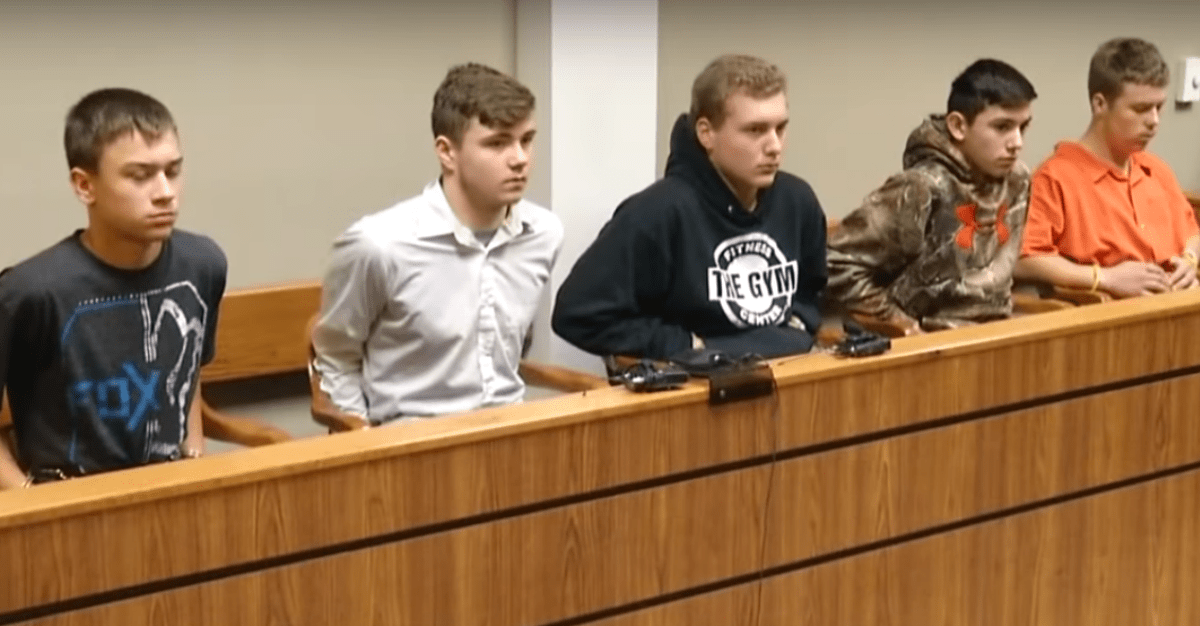 It was a game to these teenagers, authorities have said. Now, they are all being held in jail and face life in prison.

A Michigan man died last month after a rock thrown from an overpass smashed through his window and killed him. Now, authorities have told Michigan Live that this isn’t the first time the suspects have been accused of throwing items from an overpass. ‘

In addition to rocks — one that weighed 20 pounds — authorities allege the teens even threw a recliner from high overhead.

“We have tracked that going through Saginaw County 911 that this has been a long-running game with these kids,” Genesee County Undersheriff Chris Swanson told county commissioners.

Ken White, 32,  was coming home from his construction job when tragedy struck. While traveling along Interstate 75, approximately 80 miles north of Detroit, MI, a large,  six-pound rock exploded though the windshield of the van he was riding him, sticking him in the chest and face. He was pronounced dead at the hospital, according to The Washington Post.

The Root has reported the Genesee County medical examiner has confirmed the cause of death was blunt-force trauma; he suffered a broken skull, brain damage, and a cut to the chest.

All five teenagers — Kyle Anger, 18; Mark Sekelsky and Mikadyn Payne, both 16; and 15-year-olds Alexzander Miller and Trevor Gray — are all charged have been charged as adults, all have been denied bond, and each could face a maximum sentence of life in prison.

“I don’t believe that this was a deliberate attempt to take somebody’s life. It was a willful and wanton act that resulted in somebody’s death,” said Genesee County Prosecutor David Leyton, according to NBC News. “These people should have known better. … Under Michigan law, that is second-degree murder.”

Besides allegedly hurling the rock that took White’s life, the five teenagers reportedly threw up to 20 other rocks onto the highway, including a 20-pounder. Those rocks caused damage to several other cars on Interstate 75, according to Cleveland.com.

Genesee County Sheriff Robert Picket said the five teenagers went out to eat at McDonalds after the rocks were thrown.

White leaves behind a fiancée and four children.

5 Michigan teens have been charged with murder after a rock thrown from a highway overpass killed a 32-year-old man https://t.co/Myi9SUeFMa pic.twitter.com/ELWOHoCpBy