More than 60,000 Mazda 6 owners just got some terrible news 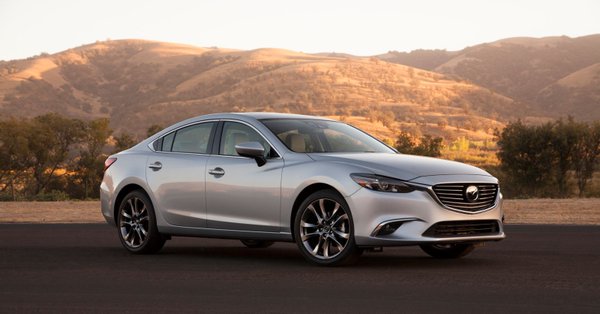 Mazda announced nearly 60,000 U.S. and Canada-sold vehicles were being recalled due to potentially faulty power steering issues, according to The Detroit News.

The vehicles–Mazda 6 sedans–were found to have improper welding that may cause a wire shortage, subsequently disabling the vehicle’s power steering. Debris left during the welding process could also disable the vehicle’s air bag–too major safety concerns.

The recalls affect 2015 and 2016 models. Dealers will place protective padding under the seat to protect the wires from rubbing each other.

The National Highway Traffic Safety Administration released a statement on the recalls. Here’s an excerpt:

In this condition, multiple malfunction indicator lights will illuminate and vehicle may experience a loss of power steering assist, but it is still possible to control the vehicle and/or take evasive action. The air bags may be deactivated (non-functional) and not deploy if the vehicle experiences an accident which would normally warrant an air bag deployment. Mazda has decided to conduct a voluntary safety recall although the air bag warning light illumination is in full compliance with Federal Motor Vehicle Safety Standards.

No vehicles have reportedly experienced the potential issue, but Mazda is letting owners know if their vehicle is covered by the recall.