Marine Veteran gets a gift for saving lives in Las Vegas 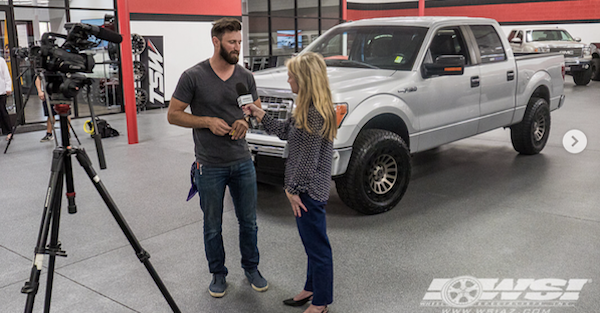 The senseless violence that occurred in Las Vegas has affected so many of us. Lives were lost, families were broken. In the midst of the horrific shooting spree there were many heroes, and one of them was luckily a United States Marine.

Taylor Winston, 29, was at the concert that night with some friends. During the fire storm, he found a truck with the keys still in it and immediately put his training and combat experience to work. He drove around in the truck picking up anybody he saw in need of help. In total, he delivered 30 people to local hospitals saving countless lives in the process. According to 971theriver.com Winston said:

“We needed to get them out of there regardless of our safety.”

He also told CBS This Morning:

“People started scattering and screaming, and that’s when we knew something real was happening. The shots got louder and louder, closer to us and saw people getting hit, it was like we could be hit at any second.”

RELATED: Taylor Winston steals a truck to help save victims of the Las Vegas massacre

The man is a real-life hero and for that a car dealership in Gilbert, Arizona is giving him a Ford F-150 pickup truck. The owner of B5 Motors, Shane Beus, said he was so taken after reading of Winston’s actions, that he reached out to the Marine to offer him the truck. According to azcentral.com, Beus doesn’t care what he does with the truck.

Winston has said he will sell his current vehicle and donate the proceeds to the victims of the shooting. If you need a new car, go check out B5 Motors, here’s the link. If you would like to donate, here is a link to a gofundme page that is already at over $1o million.