NASCAR, at Charlotte, to honor legendary Hall of Famer who passed away this week 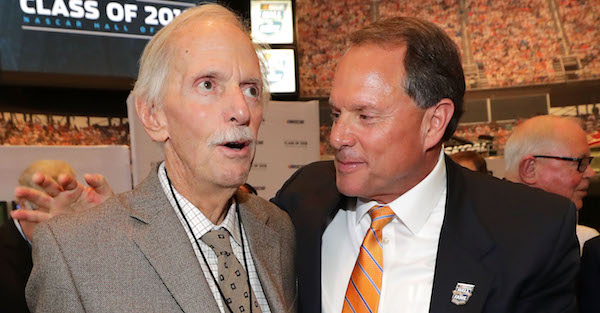 This week, the legendary NASCAR engine builder and team owner Robert Yates passed away following a battle liver cancer. This weekend, at Charlotte, NASCAR will honor him as all cars will display this logo:

Robert Yates, who first built engines for some of the premier drivers in the sport and then won a championship as an owner, has passed away after a battle with liver cancer. He was 74.

The testimonials poured in as soon as his son announced his death.

?Our sport lost one of the most inventive minds and kindest personalities in Robert Yates. I?m glad I got to know him and proud our race team was able to honor him this year at Darlington. He leaves a strong legacy that is carried on by his son, Doug, and all of their employees at Roush Yates Engines. While Robert will certainly be missed, he will always be remembered.?

And others weighed in:

It is with heavy hearts that we announce the passing of our founder, Robert Yates. He was surrounded by his family and loved ones. pic.twitter.com/wEtD5noXAU

My heart hurts for you @Yates_Doug + family

Mr. Robert was one of the first to welcome me to NC ten years ago. I’ll never forget that day. https://t.co/hICPmF53Qs

I am stunned to hear this. Just talked to him weeks ago. So sorry , your family and your mom are in our prayers. A great man will be missed

Very sad to hear the news about Robert Yates. Please keep the entire family in your thoughts and prayers. A great man

Sorry Doug. He was an inspiration to many of us and the work he put into this sport is unmatched. 🏁 https://t.co/qZFfpruRps