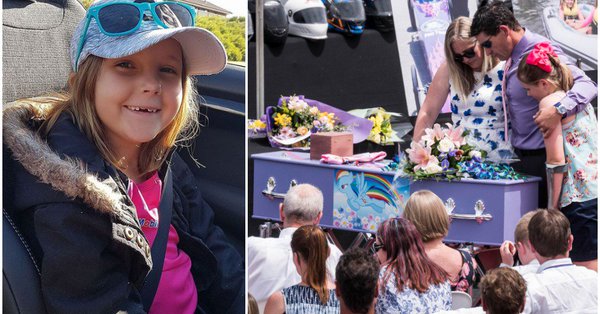 Only days after losing his 8-year-old daughter, Anita, following a tragic car crash at Perth Motorplex, Ian Board spoke out following the Australian Government’s decision to temporarily halt junior drag racing at the track.

“We chose drag racing because we believed it was the safest form of motorsport that we could allow our girls to do,” Board said, according to ABC.

“The history speaks for itself and sadly this one-in-a-million event happened to us, to our little girl.

The Australian government has already announced a full investigation will be carried out before it takes any additional action. Under the current rules of the Australian National Drag Racing Association, kids between the ages of 8 and 16 are permitted in junior drag racing. Anita celebrated her eighth birthday shortly before her accident at Perth Motorplex. When the crash occurred, she was attempting to qualify for a junior drag racing license. TIME reports that more than 100 kids in Australia currently hold this license.

Even after losing his daughter, Ian Board doesn’t think the Australian government should ban children from participating in junior drag racing. The Board family is so committed to Motorsports that funeral services for Anita were held at the same track which took her life, according to The West Australian.

?Her passion for motor sport, drag racing and being here as a family with her sister at the track was the highlight of her life,? said Ian Board. ?We were blessed to have had her for eight years and she?s going to be forever missed.?