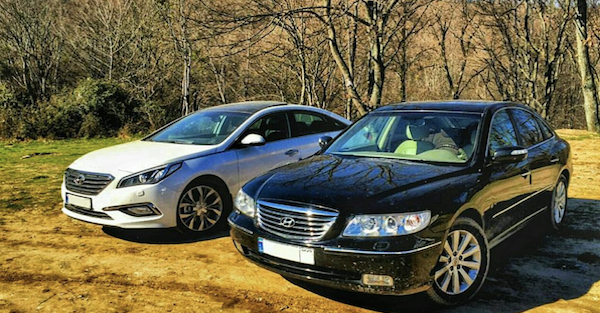 Hyundai is recalling 88,000 cars due to a potential fire hazard with the antilock brake system module.

The affected cars include some 2006 Sonatas, and 2006 through 2011 Azeras. Hyundai reports that water can enter the ABS module and cause a short circuit which could result in a fire. The issue stems from a design flaw that leaves the ABS module powered up even when the car is shut off.  The repair will include installing a relay that will shut the power supply off when the car is not running so the module won’t overheat and short out.

Hyundai is not concerned this will cause a fire while the engine is running, and according to the report by Boston.com, Hyundai spokesman Michael Stewart said that this a precautionary measure, and not to worry about parking these vehicles indoors. He claims this is only a problem when the engine is pressure washed and, ?while the vehicle is stored for an extended period of time with the key off.?

The recall begins on February 23rd and letter should be arriving to owners shortly. This will be covered at no cost to the owner and only authorized Hyundai dealers can perform the repair.