Goose’s Son in ‘Top Gun’ 2 Has Finally Been Cast 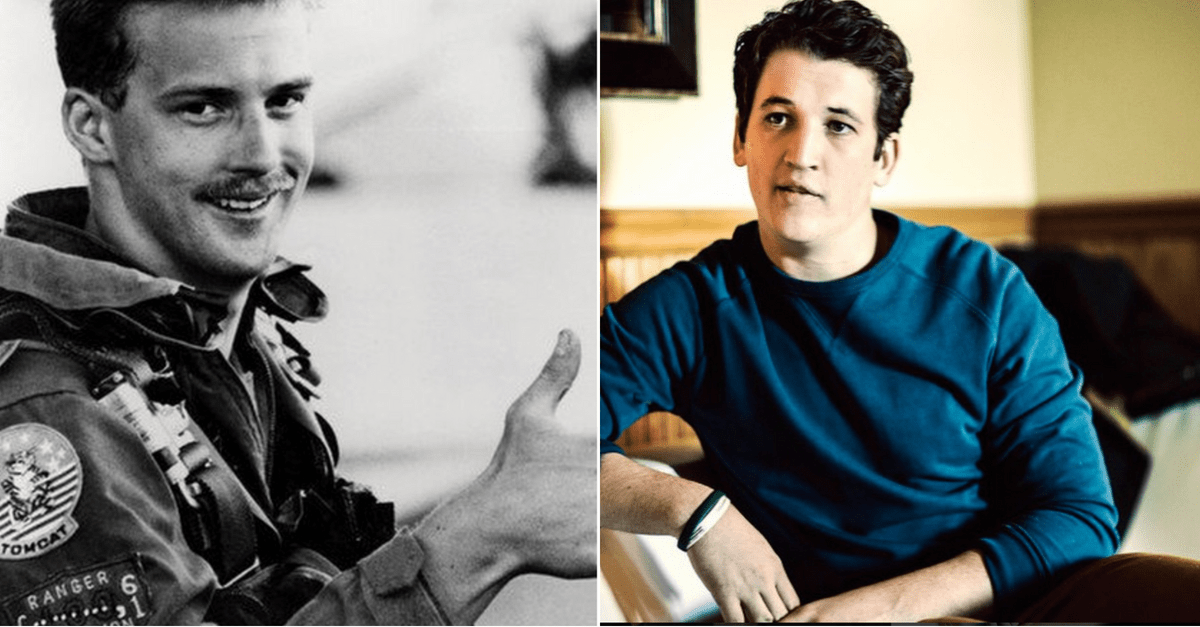 It’s been a long time coming, but finally, after 32 years, the classic Tony Scott-directed action movie Top Gun is getting a much-anticipated Hollywood follow-up. With a working title of Top Gun: Maverick, the Jerry Bruckheimer-produced movie is set to be released next summer.

While a number of beloved characters are expected to make their return, there is one character who will be making his debut. At least as an adult, that is. That character being the son of Goose, who you probably remember as the co-pilot of Tom Cruise’s Maverick.

After a fairly arduous casting process, it looks like the Top Gun 2 producers have found the perfect actor for the part of Goose’s son in Miles Teller, who you may know as the star of Whiplash, Divergent, Thank Your for Your Service, and Too Old to Die Young.

Teller was announced Tuesday as the co-star opposite Tom Cruise in ?Top Gun: Maverick.? He?ll be playing the son the of Maverick?s wingman. Goose was played by Anthony Edwards in the 1986 original.

The film, which will also returns Val Kilmer as Iceman, is scheduled to be released by Paramount Pictures in July 2019. Directing is Joseph Kosinski, who helmed ?Oblivion,? also with Cruise.

Actors Glen Powell and Nicholas Hoult had been up for the much sought-after part, but Teller won out.

I feel the need… https://t.co/oOcIQW0zGS

If you’ve seen the original Top Gun (and honestly, who hasn’t?), you remember that Goose tragically dies after an ejection gone wrong. You may also remember that Goose ends up leaving behind his grief-stricken wife Carole (played by Meg Ryan) and a four-year-old son, Bradley.

Depending on how they set it up then, the Top Gun sequel could potentially feature Teller’s all-grown-up Bradley as a hot-headed pilot that could rival even the likes of Maverick. Cue some epic ’80s-style montages and amazing combat scenes.

What do you think of the decision to cast Teller in the role of Goose’s son?

READ MORE: ?Days of Thunder? Turns 28, Relive It with These Memorable Clips