German Street Gets Paved with Chocolate After Candy Factory Accident 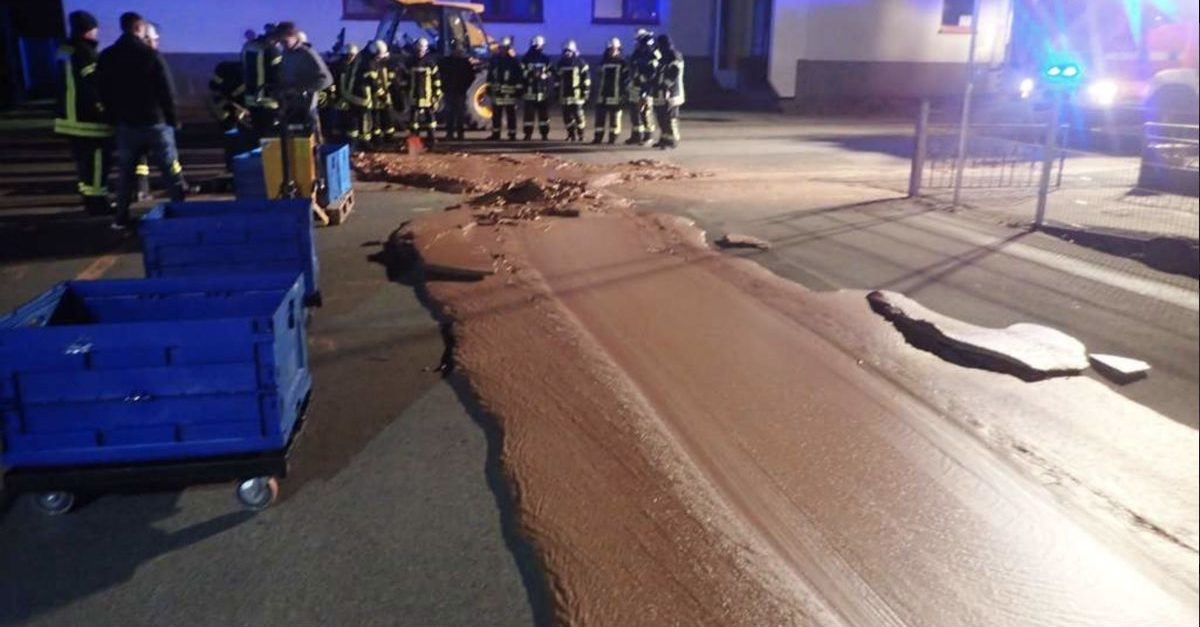 BERLIN (AP) ? A street in a western German town got a repaving worthy of fictional candy maker Willy Wonka when a ton of chocolate flowed out of a factory and solidified.

The German newspaper Soester Anzeiger reported Tuesday that a ?small technical defect? involving a storage tank caused the sweet and sticky spill from the DreiMeister chocolate factory in Westoennen.

After hitting the chilly pavement, the milk chocolate quickly hardened. About 25 firefighters got the job of prying the coating off with shovels and using hot water and torches to remove remaining bits from cracks and holes.

Company boss Markus Luckey told the Anzeiger the factory would be back in action on Wednesday. Luckey said if the spill had happened closer to Christmas, ?that would have been a catastrophe.?