Ford Is Investing $500 Million in This Electric Vehicle Company 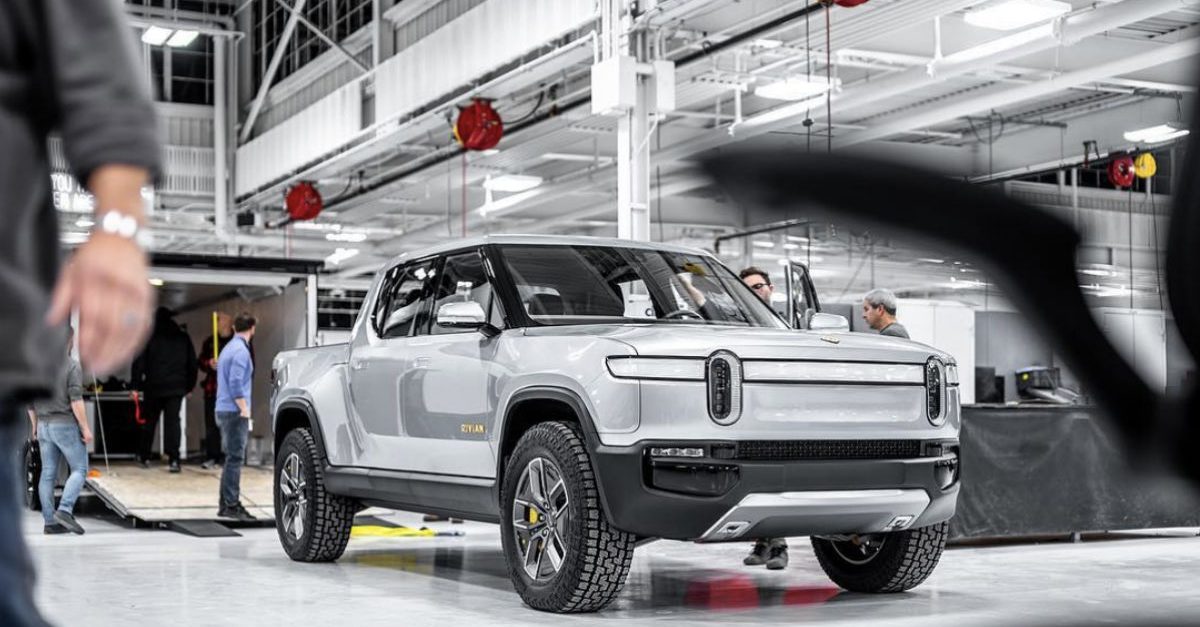 DETROIT (AP) — Ford is sinking a half-billion dollars into electric vehicle startup Rivian in a deal that has the companies working together on a new Ford electric vehicle based on Rivian underpinnings.

Ford Motor Co. will become a minority partner in Rivian, which is based outside of Detroit and recently rolled out a new electric pickup truck and an SUV that will go on sale late next year.

The tie-up is another sign that automakers and tech companies are pairing up to share the huge capital costs of developing electric vehicles and even those that drive themselves. Ford and Rivian executives both said there’s room for the partnership to grow and for the companies to share expertise.

We have some exciting things in store for our community of future Rivian owners. Until then, we’ll be over here reminiscing about our time together in NYC.

“We are learning a great deal from this wonderful company and its leadership,” Ford CEO Jim Hackett said Wednesday. “We’re open-minded to its fresh approach to electric vehicles.”

Read More: The Rivian R1T Is an All-Electric Pickup Truck That Isn’t Messing Around

Rivian CEO and founder RJ Scaringe said his company will benefit from Ford’s manufacturing and lightweight vehicle expertise. The Dearborn, Michigan, automaker’s top-selling Ford F-Series pickup truck has an aluminum body that shaved off as much as 700 pounds from the previous version of the truck.

Rivian will remain an independent company. But Ford President of Automotive Joe Hinrichs will get a seat on the startup’s seven-member board. The deal is still subject to regulatory approval.

High elevations. Below freezing temps. Electric Adventure Vehicles were designed for days like these. #R1T

Scaringe said the Ford deal was separate from a $700 million investment from Amazon that was announced in February. The companies haven’t disclosed how that deal will take shape.

On a conference call with reporters and analysts, neither company would disclose what Ford vehicle would be built off the Rivian underpinnings, which the company calls its “skateboard platform.” Hinrichs said the partnership will speed development and save money on the new Ford vehicle. Rivian would build the platform, which would be sent to Ford for final vehicle assembly, Hinrichs said.

Rivian has a large engineering and administrative operation in a former cash register factory in the Detroit suburb of Plymouth Township, Michigan, as well as outposts in San Jose and Irvine, California, and Surrey, England. The company also is starting manufacturing operations in a 2.6-million-square-foot factory in Normal, Illinois, that was once used by Mitsubishi.

The company’s R1T pickup and R1S SUV that are supposed to have more than 400 miles of range on a single charge. The five-seat pickup is aimed at the market for off-road capable trucks with outdoorsy features, a market that electric vehicle competitor Tesla Inc. has not yet entered. A basic truck with smaller 230-mile (370 kilometers) battery pack will start under $70,000. A truck with the longer-range battery will be around $90,000. They’ll roll out in the U.S. first, then to other markets.

Scaringe said Rivian has plans for lower-cost vehicles in the future, and both companies said they likely would have products that compete for buyers.

Ford said the Rivian vehicle is in addition to Ford’s plans to invest $11 billion in electric vehicles including a Mustang-inspired SUV and a zero-emissions version of the F-150 pickup.