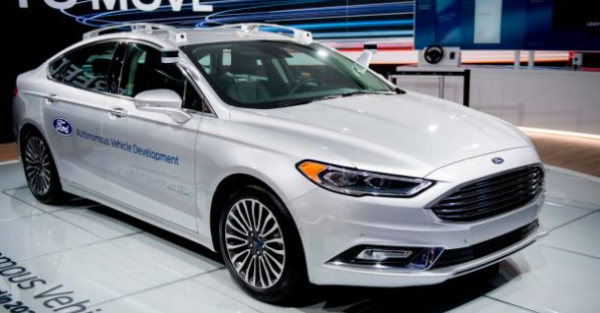 Ford is one of the largest American automobile manufacturers and as of late they’ve ruffled the feathers of some in the White House, but after the release of this latest development they may have just ruffled a few more.

Ford has announced a plan to consolidate the manufacturing of their Ford Fusion sedan in China beginning in 2020, according to reuters.com. The North American model of the sedan is currently built Hermosillo, Mexico, with it’s European counterpart the Mondeo manufactured in Valencia, Spain.

RELATED: Ford plans to move production for Electric SUVs from Michigan to another country

While none of the current Fusions are being built in the U.S., the move is still likely to upset officials in Washington D.C. Recently, Ford announced it would be moving the manufacturing of its small electric SUV’s from Michigan to Mexico. One person likely to object is President Donald Trump. Since he was still campaigning, Trump was adamant about keeping as many U.S. jobs in the U.S. for the foreseeable future.

This new proposed move to China for the manufacturing of the Ford Fusion isn’t likely to be a move Trump will favor. The latest move by Ford could blunt threats by Trump to repeal or revamp the North American Free Trade Agreement.

The move of the plant from Michigan to Mexico is expected to clear space for Ford to begin working on self-driving vehicles at the plant in Flat Rock, MI. It appears the move to China will be made purely to cut costs.