Ford admits a major issue with the Ford Focus RS 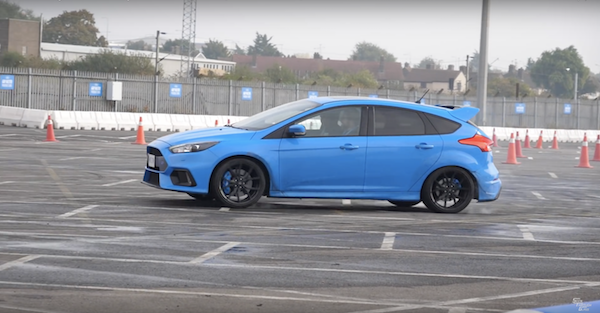 Ford is working on a repair for a coolant burning issue on the high-output 2.3 liter EcoBoost four-cylinder found in the hot hatch, Focus RS. Many complaints of white smoke upon startup have been reported, which prompted Ford to investigate further.

According to Autocar, 2016 and 2017 models can experience this issue with as little as 6,000 miles on the clock. Ford fans who frequent FocusRS.org have known about this problem for months as the site has a dedicated ?failed/leaking head gasket resource thread? that?s 247 pages long.

Ford has not yet issued a recall, and a Ford spokesman told Autocar they are ?working on a repair for all customers.? The spokesperson added:

“In the meantime, if vehicles show these symptoms, customers should visit their dealer for an inspection and repair under warranty.?

At first glance, a puff of white smoke would indicate a simple head gasket issue, but the fact that some owners have received entire new engines suggests this could be more serious than we thought. Some RS owners have theorized that block distortion could create an opening between the engine block and cylinder head that the head gasket can?t seal. This would happen after many heat cycles, and show itself upon cold startup.

No need to worry if you drive a Ford with any other 2.3-liter EcoBoost variant, as the engine in the RS is vastly different. Recall letters will go out to owners as soon as Ford figures out the issue, but for now, it may be a good idea to hold off on heavy modifications. It’s likely cars will be inspected thoroughly if an engine replacement is found to be the remedy. If you have modified your car in a way that would add boost or timing, Ford could deny your claim. After they fix it, go nuts!

Related: Here?s how Ford is turning the Focus RS into a drift machine